Industry Minister James Moore is challenging arguments by the Big Three wireless carriers that Canada's large geography and relatively sparse population make it too small a market to support four competitors in every region.

Mr. Moore, who is on a speaking tour to defend the federal government's wireless policy, said large provinces such as Ontario, Alberta and British Columbia would do well to have "aggressive competition" spurred by a strong fourth player. He said that consumers living in other regions, including the Prairies, Quebec and Atlantic Canada, are already benefiting from robust market rivalry.

"This is certainly an industry that can handle more competition. We know in those regions of the country where there [are] aggressive four players who are vying for market share, that consumers are benefiting from lower prices and better services. And I think we ought to continue that," Mr. Moore said in an interview on Tuesday.

"I mean what's the inverse? The inverse is to allow three large companies, who already have 90 per cent of the market, to grow even larger and to crowd out alternatives to their services and technology. And I don't think that serves Canadian consumers."

The Big Three carriers, which include Rogers Communications Inc., BCE Inc. and Telus Corp., have launched an aggressive public-relations campaign in recent weeks to win public support for their push to have the federal government rewrite its policies for the $19-billion wireless market. Their executives argue there is no room to sustain four carriers in every region of the country, stressing that market forces, rather than government intervention, ought to determine the appropriate number of players.

"The three players who have entered the market are failing … Four seems to be a difficult proposition," Rogers CEO Nadir Mohamed told The Globe and Mail's editorial board on Monday.

Mr. Moore, however, dismisses that argument as largely self-serving, noting there is growing demand, including from the increasing ranks of new immigrants, for high-quality wireless services.

In addition to his speaking tour, the Conservative Party of Canada is funding a website, consumersfirst.ca, to refute the incumbents' claims. Canadians, he said, are largely supportive of the government's policies.

"You see the comments, you see Twitter. You see the e-mails that are going around. I think Canadians know instinctively that more choice and more competition will be good for them and good for their families."

Rogers, BCE and Telus have argued there are three "loopholes" in the government's wireless policy that would allow a foreign telecom such as Verizon Communications Inc. to enter the Canadian market on unduly privileged terms.

In particular, they object to auction rules that would allow new-entrant carriers to bid on two blocks of so-called prime spectrum in the 700 megahertz frequency, while big domestic carriers are limited to one block apiece.

The Big Three also oppose mandated access rules that allow new carriers to "piggyback" off of existing network infrastructure at commercially-negotiated rates. Lastly, they object to Verizon's ability to purchase struggling small carriers, such as Wind Mobile and Mobilicity, which are currently off-limits to entrenched domestic players.

Last week, The Globe reported Verizon had shifted gears and plans to focus on the upcoming 700 MHz auction before pursuing any acquisitions of small carriers.

"The policy is designed with an effective balance to serve consumers' interests whether a large international player enters or does not," said Mr. Moore, adding the government has no plans to change its wireless policy or delay the auction for a third time. 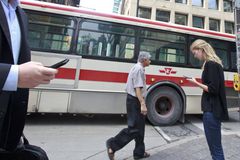 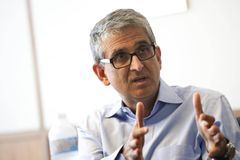 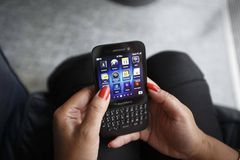 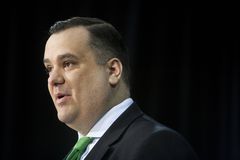 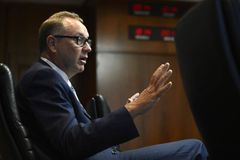