Finance Minister Bill Morneau says Canada's ability to win an exemption from proposed U.S. tariffs on steel and aluminum should help in the ongoing NAFTA negotiations.

"I think that the demonstration of our relationship that came through this discussion is one that bodes well for the future in terms of any future discussion around tariffs, or for that matter, around NAFTA, showing that we can get to good outcomes through the use of our relationships and the explanation of how important it is that we work together," Mr. Morneau said after a speech to a business group in London.

Last week, U.S. President Donald Trump excluded Canada and Mexico from new import duties of 25 per cent on steel and 10 per cent on aluminum. However, the President connected the tariff decision to the talks about a new NAFTA deal between Canada the U.S. and Mexico, saying the tariffs could be imposed depending on the outcome of the negotiations.

Mr. Morneau said Canada does not believe the steel and aluminum issues should be tied to the NAFTA talks, but he said the fact that Canada won an exemption was a positive sign. "We worked hard to explain how integral we are to the North American market," he said, adding that he was "cautiously optimistic" about a new NAFTA agreement. "We've shown that we can deal with steel and aluminum tariffs as something that's a separate issue and we'll continue down those paths."

Canada is also keen to reach a post-Brexit trade deal with the U.K. that would have as few trade barriers as possible, he added. The U.K. cannot formalize any new trade agreements until it is completely out of the EU, a process that could take until 2020. The Canada-EU trade deal has been cited as an example for a future trading relationship between Canada and the U.K., as well as between the U.K. and the EU. That deal, however, covers only a limited number of areas.

The British government has said it wants a "Canada plus, plus, plus" deal with the EU after Brexit, covering not only goods but a host of sectors, including financial services. Mr. Morneau indicated that Canada would be interested in negotiating a similarly broad trade treaty.

"To the extent we can get a better arrangement with the U.K. in future, that's positive," he said. "We've been pretty clear that we want to have trading relationships around the world that are going to create advantage for Canada …. So any barriers that we can break down in the post-Brexit world with the U.K. would be positive."

Several British politicians have also been eager to expand the U.K.'s trade within the Commonwealth after Brexit, with some saying there could be a kind of trading block among the 53 member countries. When asked if Canada viewed the Commonwealth as a potential trade area, Mr. Morneau stressed the importance of striking deals with individual countries instead. "Our approach around expanding trading relationships has been to be focused on places where we have current and future opportunities. So we are thinking about the size of the economies that we're trying to expand trade with," he said, citing China and the EU as example.

Next month, Prime Minister Trudeau will join the leaders of other Commonwealth countries at a summit in London hosted by the Queen, where trade issues are expected to come up. Mr. Morneau said Canada's Commonwealth ties were "a positive aspect of our trading relationship with the U.K. and with other countries, and one that we should clearly continue to expand upon."

And while he seemed unaware that Monday was Commonwealth Day, Mr. Morneau said the Commonwealth connection was special. "There are these ties that do persist based on that historical background. I wouldn't want to say I've been to every country and know how it feels everywhere, but I do think there's something that's special about the Commonwealth relationship." 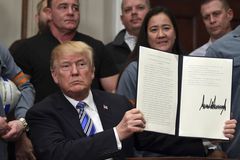 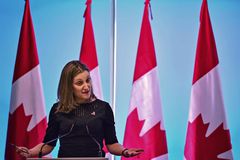 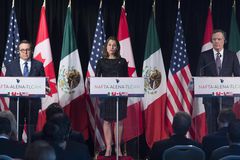