The head of Canada's federal broadcast regulator says he had to haggle with his television provider to get a better deal from new "skinny basic" offerings, and Canadians should expect to do the same.

"People may have thought, mistakenly, that the CRTC was going to reduce everybody's cable bills – that's not what we promised. We said we're going to give you more choice," Jean-Pierre Blais, chairman of the Canadian Radio-television and Telecommunications Commission, said in an interview.

He said the commission's aim has been to give consumers "tools to solve their own problems," and used a personal anecdote to drive home his point. "I myself … looked at my offerings and slimmed it down," Mr. Blais said, after giving a speech about anti-spam legislation in Toronto on Tuesday. "Was it easy? No. … You have to keep going up the chain into [the] loyalty program. It requires effort."

The regulator urged customers eager for relief from costly TV bills to explore their options, using what competition exists in the TV market as leverage.

"This will take time and I'll repeat it again: Canadians will have to do some work," Mr. Blais said. "They will have to be ready to at least threaten to change providers."

Since March 1, all TV providers have been required to offer a much-anticipated "skinny" bundle of channels for no more than $25 a month, and to add the the option to pick and pay for any individual channel by Dec. 1. But since the new, slimmer basic packages arrived, many consumers complain that they are not getting the bargain they expected. The CRTC has been contacted by at least 600 consumers about the new skinny option, many of whom are plainly frustrated.

The new rules are the result of Let's Talk TV, a sweeping hearing into the future of TV that produced several major decisions affecting everything from Canadian content rules to the way TV providers, broadcasters and producers negotiate with each other. But the process was shaped by a consumer-choice agenda that promised an alternative to bulky so-called "basic" bundles that can include upward of 100 channels.

In another speech last month, Mr. Blais warned cable and satellite executives that the CRTC would watch closely to see how they follow the new rules, and act swiftly if companies disregard "our decisions and the spirit of the outcomes they were intended to achieve."

Since then, some disgruntled customers have taken to social media and online message boards to complain that set-top cable boxes and other equipment are not included in the $25 price tag. Others griped that when switching to skinny packages, some providers said they would become ineligible for discounts from bundling TV with Internet or phone lines, and bills could rise in some cases.

"I don't think this is what CRTC had in mind when they made their ruling," reads one comment on a Globe and Mail story about the new rules.

A spokesperson for BCE Inc., which owns Bell's TV services, said: "We comply with all aspects of the CRTC's rules." A Rogers Communications Inc. spokesperson said customers with its skinny Starter package "won't be eligible for any additional bundle discounts," although they can take advantage of special offers "from time to time."

Mr. Blais said it is "too early" to tell whether any of the companies' behaviour might be deemed offside, as the balance of the new regulations aimed at consumer choice won't kick in until December, and dismissed the media reports that suggest the commission has faced undue backlash since skinny bundles hit the market.

"I chuckled when I saw the CBC's article about a 'flood' of 600 complaints. … 600 is not a flood. Sometimes people are just asking for information," he said, noting that the commission gets 3,000 to 4,000 communications in a quiet month and was contacted 130 times in a few hours last weekend over an amber alert about a missing infant. "There's 11 million households [with a TV subscription] in this country, so let's get a little bit of perspective." 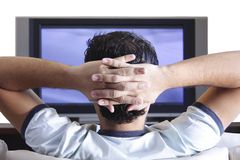 Pick-and-pay TV: We create some typical viewers and evaluate if it’s worth it
March 1, 2016 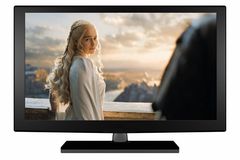 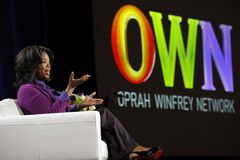 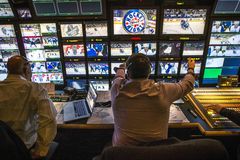