A new Canadian television drama has pulled online streaming giant Netflix Inc. and broadcast heavyweight Rogers Communications Inc. into an intriguing alliance to debut an original program at once on traditional TV and through online streaming.

Between is a Canadian-produced thriller, only just beginning filming, about how a small town reacts to a mystery disease that has wiped out all but its young people. And it is being created through a three-way collaboration involving Netflix, the Rogers-owned City television network and Shomi, a new joint video streaming venture between Rogers and Shaw Communications Inc. launching next month.

The show's development is billed as "a landmark partnership" between a Canadian broadcaster and the U.S.-based streaming behemoth, and comes at a moment when Netflix has been publicly sparring with Canada's federal broadcast regulator over whether Canada can demand the company conform to national broadcasting rules. But it was the Canadian producers, and not Rogers, who brought Netflix on board.

"The producers, they were looking for an international partner to complete the financing," said Navaid Mansuri, the interim senior vice-president of broadcast for Rogers Media. "Netflix won out in the end."

The series is produced by Don Carmody Television, a Toronto-based company; created by Michael McGowan, a Canadian director known for Score: A Hockey Musical; and its first two episodes will be directed by Maltese-Canadian Jon Cassar, of 24 fame.

By the time Netflix joined the project, Rogers had secured exclusive Canadian rights and was helping to develop the show, which secured more than $83,000 in support from the Canada Media Fund. The series' first season of six one-hour episodes is expected to debut in 2015 and will be shot primarily outside of Toronto, though its setting is unlikely to be identifiably Canadian or American.

Within Canada, it will air first on the Rogers-owned City network and on Shomi, which will be offered at first to Rogers and Shaw TV and Internet subscribers. Outside the country, it will appear on Netflix, but will only land on the company's Canadian site a year after its premiere.

Neither company would discuss the show's budget or financing structure.

"We thought that this was a good opportunity to invest in Canadian production," said Erik Barmack, vice-president of global independent content at Netflix, in an interview. "… By us investing and Rogers investing, we've made a show bigger than it might have been otherwise."

Netflix is reviving the series Trailer Park Boys and its library includes shows produced in Canada, such as Hemlock Grove, but Between is its first foray into producing original Canadian content. The company tends to be agnostic about where content is made, but is keen to find shows "that will reach a global audience," Mr. Barmack said.

Since mid-September, Netflix has been at odds with the Canadian Radio-television and Telecommunications Commission (CRTC) over its refusal to provide the regulator with confidential data about how many Canadian subscribers it has, and the extent of its activities in the country. The CRTC retaliated by striking Netflix's submissions from the record of a major hearing on the future of the television industry.

But while the Canadian-made Shomi will compete with U.S.-based Netflix, Mr. Mansuri believes the two streaming services could be "quite complementary" in some cases.

"Having somebody like Netflix also be involved with the show on an international basis, I think, is going to help elevate the profile of the show," he said.

Is the curtain coming down on Netflix's stock growth?
Subscriber content
October 12, 2014 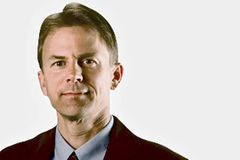 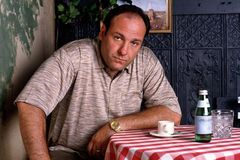 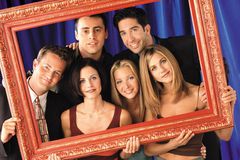