Canada is getting a new stock exchange.

A group including Royal Bank of Canada and five other large investment firms is launching a competitor to the Toronto Stock Exchange, which handles the most trading in Canada.

The new market is designed to attract investors who are upset with what they see as unfair competition from high-frequency traders, who use ultrafast computers to exploit market quirks or to try to get ahead of other investors. The success of the new exchange may hinge on how much discontent there is with high-frequency trading (HFT) activity.

The project is dubbed Aequitas, from the Latin for fairness. The plan is the product of months of work by RBC and a group of supporters including mutual fund giants IGM Financial Inc. and CI Financial Corp., Canadian pension fund PSP Investments and international brokerages ITG and Barclays. The official announcement is expected Tuesday, with a planned start date in late 2014, after a lengthy regulatory approval process.

In addition to HFT curbs, Aequitas says it will offer other innovations. They include a place to swap shares in companies that are not yet publicly traded, and incentives for market makers, as Aequitas attempts to revitalize trading in smaller stocks and to help companies that have shunned the moribund initial public offering market. Aequitas also plans to compete by keeping costs low.

The prospect of competition for TMX Group Ltd., TSX's parent, comes at a tough time.

TMX-owned markets control about four-fifths of all trading in Canada, and the pie is shrinking. Trading volume on all Canadian markets slumped 11 per cent in the first five months of this year, relative to the same period in 2012. Some put the blame on HFTs. Susan Wolburgh Jenah, head of the Investment Industry Regulatory Organization of Canada, last year told The Globe and Mail that she was concerned that HFTs were sapping confidence in markets.

There are already a handful of other markets in Canada, mostly competing on speed and price. Aequitas's stance on issues such as HFTs and markets makers sets it apart, said Andreas Park, an economics professor at the University of Toronto who studies the way markets work. "These guys [Aequitas] are trying to build an alternative – something different," Prof. Park said. "You can hope to some degree this will increase the pie."

HFTs are a divisive topic. Supporters say they add buy and sell orders, and narrow spreads between bid and ask prices. Detractors argue that HFT activity increases volatility, and that many of those orders are just bait-and-switch tactics. What's not in dispute is HFTs are active. HFT may account for as much as 42 per cent of all trades in Canada, according to an IIROC study.

Aequitas will offer different types of trading systems with different rules. One will be on a so-called "lit" market, a traditional trading venue where investors can see all the orders waiting to be filled. Another will be a dark pool, where no orders will be visible. Aequitas will add a new type, a "hybrid" book, combining attributes of the lit and dark markets. Each will incorporate tweaks to eliminate HFT strategies. For example, HFTs will not be able to place certain types of orders that they use to sniff out larger orders, or to take advantage of rebates for certain types of trades. The systems will also offer priority to encourage market makers, and will have Barclays, the largest U.S. market maker, as a backer.

The idea for Aequitas came about in the wake of the acquisition last year of the TSX's owner, TMX Group, by a dozen Canadian banks and investors known as Maple Group. That deal combined TMX with its biggest competitor, Alpha, to create a dominant market owner. RBC was not part of Maple Group, and wanted to create more competition. RBC has also been a long-time critic of what it views as unfair strategies by some HFTs.

"Where we felt it was awkward being outside the Maple club, there were others who felt the same," said Greg Mills, co-head of global equity trading for RBC and chairman of Aequitas Innovations Inc. "And there was a real passionate concern around the quality of markets issue and investor confidence."

Not all HFT trades are problematic, but some are, Mr. Mills argues. One strategy the system will be built to combat is when an HFT tries to suss out the intentions of a trader trying to buy or sell a large block of stock. An HFT might place dozens of small orders, and use the information gleaned when some are filled to guess what the big trader is doing. The HFT could then use its fast computers to move its orders to take advantage by shifting the price against the big trader.

"If you put in your order and the ground shifts around you, it's really costly," Prof. Park said. He has been consulted by Aequitas, but there is no financial relationship, he said.

"We very much welcomed this opportunity, particularly given our size and presence within the Canadian marketplace," he said. 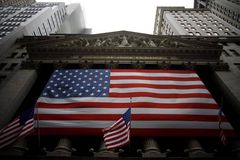 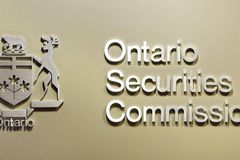 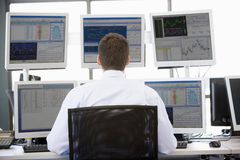 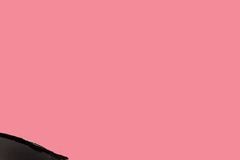