Mike Averbach says he has never been busier.

The Vancouver mortgage planner has been doing brisk business lately as would-be homeowners scramble to secure cheap mortgages to get in on a real estate market that has quickly and sharply rebounded from the economic slump.

The flurry around Mr. Averbach's business illustrates the efforts some first-time buyers are going to in order to win rich bidding wars.

It's these buyers who have raised fears of a bubble, negotiating mortgages at historic lows, opting for 35-year terms and making small 5-per-cent down payments to keep monthly outlays down and put previously unaffordable homes within their reach.

"They are taking advantage of things that are a lot more attractive initially but they could find themselves in a position where they couldn't afford their mortgage if rates start to go up," Mr. Averbach says.

While home buyers have been pulling the housing industry out of a slump with their enthusiasm, there is growing concern that today's price gains, fuelled by cheap money, may be setting the stage for a different sort of crisis two to five years from now when their mortgages reset at higher rates.

These homeowners could be forced to put their houses on the market and sell them for less than they paid, dragging down prices everywhere.

Toronto and Vancouver in particular have seen prices climb in the double digits this year, up 20 per cent and 14 per cent, respectively.

"In the short term, these variable rates are pure gravy to borrowers," said Scotia Capital economist Derek Holt. "But rates start to go up, and you will likely see some people have stretched themselves beyond their limits."

Mortgage rates typically increase after the Bank of Canada adjusts its key lending rate and bond rates move higher. The central bank has vowed to keep rates locked near zero until mid-2010, although some believe it could move sooner if inflation begins to appear.

"It's a safe thing to say that interest rates tend to move higher a lot faster than they move lower," said BMO Nesbitt Burns chief economist Doug Porter. "And there is always an outside risk that we could end up with more of a global inflation problem than many are predicting and rates could rise dramatically."

For example, a five-year variable rate mortgage at 2.25 per cent on $300,000 would carry a monthly payment of about $1,300, assuming a 25-year amortization period. A move to 5 per cent would boost the payment to $1,750. It's a 34-per-cent increase, something Mr. Holt said many family budgets wouldn't be able to accommodate.

"Our concern is that the majority of new buyers are going with floating rates and setting themselves up for gradual and material rate resets over the next two years," Mr. Holt said. "Buyers need to think about where their rates could end up and whether they would be able to make those payments down the road."

Not everyone fears a bubble. Some economists believe the resurgent market is the result of supply and demand - buyers simply stayed out of the market at the beginning of the year and are making up for lost time.

Phil Soper, chief executive officer of Royal LePage Real Estate Services, said the recession has driven prices higher as low rates have drawn buyers into the market, but economic uncertainty has kept the number of new listings constrained. He expects prices to cool down as more supply hits the market in the coming months.

Those price gains are only sustainable if the country is indeed in the midst of an economic recovery, he said, something that is far from certain.

"If we are in a recovery then people can adjust to higher interest rates relatively easily," he said. "That's certainly what policy makers are counting on. That's what we're all hoping for, but we don't have a crystal ball. That's not the way it necessarily has to happen."

While prices could pull back as interest rates rise in tandem with a stronger economy, economists don't expect to see the type of contraction that led to the housing crisis in the United States. The Canadian system is much more stringent, and mortgages aren't as easily obtained - though a near-record $186-billion of new mortgages will be issued this year, according to the Canadian Association of Accredited Mortgage Professionals (CAAMP).

"The overwhelming majority of Canadians still have predictable fixed [rate] mortgages and a fair bit of skin in the game," said CAAMP CEO Jim Murphy. "In the U.S., people had no equity, or could get loans without jobs. We don't have that kind of volatility here."

Indeed, low rates have been a boon for those who are renewing their mortgages. Shane O'Neill, a Vancouver-based human resources worker, managed to save $1,000 a month by switching from a fixed-rate mortgage at 5.5 per cent to a variable rate at 2.25 per cent. If interest rates suddenly jump, he intends to lock in at his old rate.

"I've owned the place for seven years and have been fixed all that time," he said. "I just couldn't handle the variable, all the stress of not knowing where rates would go. But they have to go up a fair bit here before I start to worry again." 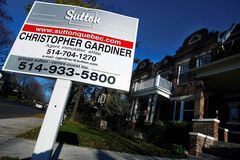 Paying down this mortgage can wait
November 20, 2009 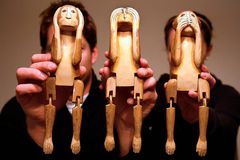