Corporate Canada is warmly welcoming new Industry Minister James Moore, saying he will bring a more effective hands-on approach than his predecessor to a job that oversees some of the most contentious files facing the government, including competition in the wireless phone sector.

"There's no doubt [corporate Canada] is looking for a champion and will have one in Mr. Moore," said Michele Austin, a past chief of staff for former industry minister Maxime Bernier and now a senior adviser to Summa Strategies in Ottawa. She predicted Mr. Moore "will be interested in details in a way Mr. Paradis was not."

As Industry Minister, Christian Paradis handled files ranging from foreign takeovers by state-owned enterprises to competition in the wireless sector and interprovincial trade. But corporate Canada had a long list of complaints about him: that he wasn't interested in their concerns or readily available to speak; that he had too much staff turnover; and that he took too long to make decisions, particularly when it came to telecom policy.

"Minister Paradis was seen as a very fine guy, but who was perhaps a little bit overwhelmed by the breadth of the portfolio," said John Manley, CEO of the Canadian Council of Chief Executives. "He was making tentative steps to get to know the business world, but it was outside his experience."

In his new role, Mr. Moore faces a number of hot files, including the possible entry of Verizon Communications into the Canadian wireless market as a delayed auction for wireless spectrum approaches next year. In addition, there are concerns Canada's auto industry may not attract investment dollars from their foreign owners as they have in the past. Other issues, including intellectual property and Canada's evolving approach to takeovers by Chinese companies could present challenges, as well as furthering the government's pro-consumer agenda.

"It is a complex portfolio with many discrete issues that are very hard to get your mind around," said Mr. Manley, who held the job himself for seven years. "He still has to prove himself."

Those familiar with Mr. Moore, considered a rising star in the government of Prime Minister Stephen Harper, say he and his staff were always well-briefed and had a solid policy orientation. "He's the first minister of Heritage I can recall that has understood both the cultural and economic" issues of the portfolio, said Elizabeth Roscoe, practice leader with public affairs firm Hill and Knowlton in Ottawa. "He really nailed that, and I can only imagine he'll take a similar approach" to Industry.

After becoming Heritage minister in 2008, Mr. Moore positioned himself as a champion of the arts, using Twitter to share his thoughts about Canadian films, musicians, museums and other arts-related topics. Despite a general unease in the arts community with the Conservative government, Mr. Moore earned grudging respect from the arts community and made his mark on a number of key files, taking the lead on a controversial copyright bill which became law in 2012. While his passion for Canadian history was evident, he drew fire from some circles for leading the government's charge to mark the bicentennial of the War of 1812. Meanwhile, the Conservative government brought down an austerity budget that saw his department's funding cut by $191-million, much of that felt by the Canadian Broadasting Corp.

At the same time, Mr. Moore protected funding for the Canada Council for the Arts – a move met by relief from its leader and others in the arts community. "It was a source of pleasure at a time when a lot of cultural interests were under assault that the Minister was prepared to step forward," said Bob Sirman, CEO of the Canada Council. "We'll miss him." 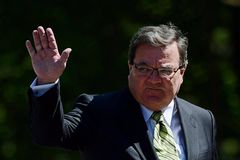 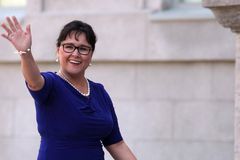 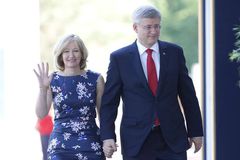