Tim Hortons Inc. has shaken up its top ranks as its parent rushes to slash costs in the wake of its $12.5-billion takeover of the coffee-and-doughnut chain in late 2014.

David Clanachan, president of Tim Hortons Canada and a long-time executive of the chain, has been replaced by Sami Siddiqui, previously head of finance at Tim Hortons and, before that, senior director of global finance at sister chain Burger King in Miami.

Mr. Clanachan "has been elevated to a new role" as chairman of the Canadian division of parent Restaurant Brands International Inc., reporting to RBI chief executive officer Daniel Schwartz, the company said in an e-mailed statement.

RBI was created in late 2014 after the company that owned Miami-based Burger King acquired Tim Hortons in a $12.5-billion deal, merged the two chains and set up its head office in Oakville, Ont., where Tim Hortons had been based.

Since then, there has been significant turnover in head-office staff at Tim Hortons, with a growing array of officials from Burger King coming to the offices in Canada as the company sought to slash costs.

Douglas Fisher, president of food-service consultancy FHG International Inc., predicted the Canadian operations' team and leadership "will be replaced by more efficient, more current and more aggressive operators who are looking for efficiency and growth."

Mr. Fisher said RBI is bringing in "true and tested" Burger King executives to oversee the new cost-cutting culture at Tim Hortons and help it prepare for international expansion.

The president of Tim Hortons is Elias Diaz Sese, who was a 12-year veteran of the burger chain's operations and also led its expansion in Europe, the Middle East and Africa.

The company said in an e-mailed statement on Wednesday: "We are confident that we have a strong leadership team at Tim Hortons who will continue to deliver great guest [customer] experiences and drive consistent long-term growth and success for the brand."

RBI is controlled by Brazilian private-equity firm 3G Capital Management LLC, which is known for sharply shaving expenses at its other acquisitions, including Burger King, Heinz and Kraft Foods.

The moves have paid off at Tim Hortons as its parent has reported overall stronger financial results. However, sales growth at both Tim Hortons and Burger King slowed in the second quarter, even while parent RBI's profit jumped to $90.9-million (U.S.) in the three months ended June 30, from $11-million a year earlier. The company attributed the profit spurt to the non-recurrence of one-time expenses tied to its Tim Hortons takeover, the 2015 debt refinancing and "effective cost management."

But second-quarter same-store sales at existing outlets, which excludes the effects of annual store openings and closings, rose just 2.3 per cent at Tim Hortons in Canada, compared with 5.4 per cent a year earlier.

In 2014, to get federal government approval for the Tim Hortons takeover, RBI agreed to limit head office or regional office staff cutbacks to 20 per cent of employees.

As part of the merger approval, Ottawa also required the company to maintain staff levels at its franchised restaurants for five years.

Mr. Clanachan, who has been with Tim Hortons for 24 years, was named president of the chain's Canadian division in mid-December of 2014, after the chain's takeover. Within weeks, three top Tim Hortons executives left the company

Crushed: Why Second Cup is in the fight of its life
Subscriber content
August 19, 2016 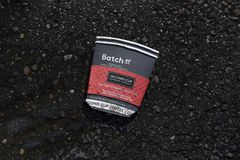 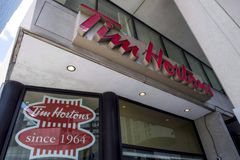 Opinion
Tim Hortons should fit right in to the brand-glazed Philippines
August 19, 2016 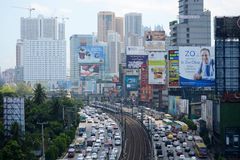 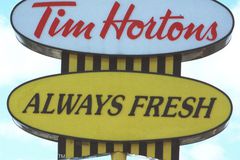 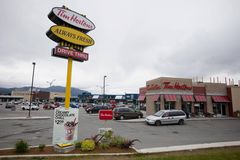