As the Ontario government moves to restrict the use of an agricultural pesticide some blame for pollinator insect deaths, a new report from the U.S. government says the honeybee mortality rate soared to 42 per cent in the past year.

The figures released by the U.S. Department of Agriculture show winter deaths in managed honeybee colonies deaths dropped, but the full-year total is a 23-per-cent increase over the previous year's 34-per-cent mortality rate.

"Such high colony losses in the summer and year-round remain very troubling," said Jeffery Pettis, an entomologist at the USDA. "If beekeepers are going to meet the growing demand for pollination services, researchers need to find better answers to the host of stresses that lead to both winter and summer colony losses."

The decline in bee populations has been linked to factors that include infestations of virus-bearing mites, winter starvation, for-hire hive transport and agricultural chemicals used to make crops insect-resistant.

Neonicotinoid pesticides, a class of insecticide that has become widely used in the past decade, have been linked to deaths of honeybees and other pollinators. The chemicals are applied to seeds before planting and render the plant toxic to insects throughout its life. Studies have shown the chemical absorbed through pollen and nectar weakens bees and affects their abilities to forage and navigate.

The three most common neonicotinoids – imidacloprid, thiamethoxam and clothianidin – are banned in Europe and under review in Canada and the United States.

Farmers say neonics are needed to protect crops against worms and other yield-destroying pests. The chemical companies that make the pesticides, including Bayer CropScience and Syngenta, disagree with the studies that link the chemicals to insect harm and environmental damage, and say they are safe if used as directed.

But there is a growing amount of scientific data that say the chemicals are contributing to the deaths of bees and insects, contaminating streams and leading to declines in some bird populations.

Official Canadian bee mortality rates are not available for the past winter, but Ontario beekeepers are reporting losses of 30 to 34 per cent – a decline from the previous winter's 58 per cent.

"We're having a better year than last year," said Julie White of the Ontario Beekeepers' Association, adding the number is still higher than what is deemed sustainable.

A survey of more than 400 Ontario beekeepers found 36 per cent said the losses were normal for a long, cold winter, while 34 per cent suspected pesticides played a role. Forty per cent said the hives were too small and weak at the start of the winter, according to the poll by the Ontario Beekeepers' Association.

The Canadian Association of Professional Apiculturists last summer said the Canadian average for the previous winter was a loss of 25 per cent, which exceeds the 15-per-cent rate believed to be sustainable.

Bees and other insects pollinate about 13 per cent of the crops grown in Ontario, valued at $900-million, and support a honey industry worth $26-million, the Ontario government says.

The provincial government is implementing controversial steps to reduce these losses by limiting the planting of corn and soybean seeds treated with neonics by 80 per cent by 2017.

The rules, which are being phased in beginning on July 1, would require growers of corn and soybeans to show their fields are susceptible to crop-destroying pests, and to complete pest management training before being able to buy treated seeds.

The Grain Farmers of Ontario says the rules amount to a "near ban" on the pesticide and an "attack" on modern agriculture practices. The group says bee death figures are exaggerated.

Health Canada requires corn farmers in Ontario and Quebec to use dust deflectors on their seed planters, and that the seed companies use a seed lubricant to minimize the dust that is emitted during planting. The federal agency's re-evaluation of of neonics is not expected to be released until 2016 or 2017. 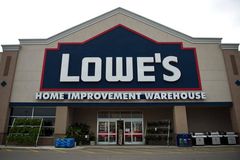 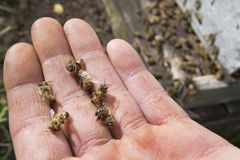 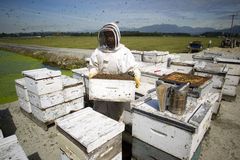