They're like Sirens of the new age, calling journalists to their doom.

Over the past year, many news outlets have stumbled spectacularly as they raced to beat the competition in fast-breaking stories. CBS News reported that the mother of the Newtown, Conn., shooter was a teacher in the classroom he had attacked. CNN, NPR, Fox News, and others said the U.S. Supreme Court had struck down key provisions of Obamacare. The New York Post alleged that two innocent teenagers it put on its front page were responsible for the Boston bombing.

And regular folks scratched their heads, wondering why scoops are still alluring at a time when news travels so quickly through social media that Tom Curley, the outgoing head of the Associated Press, said last year that everyone who wants access to a story can now find it within three minutes.

The new conventional wisdom is that real people (that is, not journalists) don't care who breaks a story. In a 2012 survey, backed by Craigslist founder Craig Newmark, to gauge Americans' perceptions of election news, only 6 per cent of respondents said they chose their news outlets based chiefly on which one reported a story first.

In a speech last week, Scott Pelley of CBS News framed the issue sharply when he apologized for broadcasting that incorrect information about the Newtown shooter and declared: "We're getting the big stories wrong, over and over again."

"You know what [being] first is all about? It's vanity. It's self-conceit," he explained. "No one's sitting at home watching five television monitors, going: 'Oh! They were first!' That's a game we play in our control rooms."

He's right – TV news people have always had an inflated sense of their own importance – but he's also wrong. Scoops still matter in the same way they always have: in building a news organization's brand and reputation. In the online world especially, scoops also help attract new readers. Last week, after it broke the story about Rob Ford's alleged crack use, Nick Denton, the founder of Gawker Media, said traffic to his network of eight sites was now about 10 times the size it was in 2007, when the company began focusing on scoops.

But the fact that news organizations have come to believe scoops don't matter is troubling, because it implies that some corners of the news business have become too enamoured of new ways of measuring success. And that, like the publication of an incorrect story, carries its own dangers for the industry.

Partly, that's because flashy global businesses have been built upon the scoops of other news organizations. Sites such as Huffington Post have been maligned because they aggregate others' scoops, precluding the enterprising news organizations from attracting eyeballs with the fruit of their hard labour. But they have also shown there's real money to be made in bringing people together online to talk about those stories.

Even if traffic does spike, as it did with Gawker's scoop last week – the percentage of Canadian visitors to Gawker.com roughly doubled in the first three days after the story broke – the site couldn't translate that into extra money because, as Mr. Denton noted, "not many advertisers want to be associated with crack smoking – or Rob Ford, for that matter."

Besides, Gawker Media, like many other sites, sells ads in advance, meaning it doesn't have any extra ads in its inventory if a story suddenly blows up. That's why, when Gawker's sports blog Deadspin broke the news last January that the dead girlfriend of college football star Manti Te'o never actually existed, none of its four million-plus readers saw an ad next to that story.

But in a pre-Internet era, we never used to think scoops would translate into more money. "If one broadcast of The National has some enormous scoop, it's not as if they were able to reap more money from selling ads on that episode," noted Joshua Benton, the director of the Nieman Journalism Lab at Harvard, which tracks the evolution of the industry.

"The only way they'd be able to monetize it is if more people hear about it, and say, 'That was a scoop from The National – I'll watch it in the future,' " he said. The same goes for newspaper sales, at least in North America, where home delivery is more widespread than newsstand sales.

"The idea that the economics of an online news organization are tied directly to page views has warped us into expecting that kind of monetization."

The promise of metrics holds a powerful allure, because it means editors and publishers can see what, exactly, readers and viewers are interested in. But the industry needs to make sure it is paying attention to the right measures of long-term success, and not be seduced by digital Sirens. Or it could end up dashed on the rocks like so many unfortunate sailors. 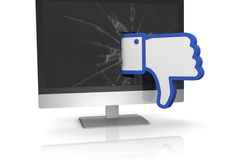 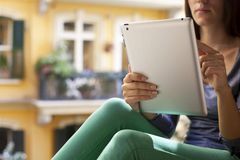