Consider the possibility that your business had a chance to vastly grow its customer base by expanding to Calgary. Would troublesome news in Vancouver stop you from making the leap?

That's precisely the narrative unfolding in West Africa. As Liberia and Sierra Leone battle Ebola outbreaks, neighbouring Nigeria, the continent's largest and Ebola-free country, is getting the cold shoulder from much of the rest of the world.

"The biggest threat to Africa isn't the health impact of Ebola, it's this epidemic of fear that Ebola is sparking," says John Bitzan, country risk anayst for West Africa at Export Development Canada. "It's shutting down commerce because of outside perceptions that you can't do business there."

Nigeria faces problems more pressing than the distant disease. Its coming 2015 election, in combination with the presence of the violent Islamist group Boko Haram in the nation's north, fuels the threat of political violence. The resource-rich nation's currency, the naira, has taken a dive along with oil prices. Corruption, meanwhile, infiltrates many aspects of day-to-day life.

But Nigeria also presents a huge opportunity for business. With 174 million people and a rapidly expanding middle class, its economy is the biggest in Africa, according to recently readjusted GDP figures. Nigeria also can serve as an economic entry point to the rest of the continent.

When tomato magnate Bill Thomas wanted to expand his Maidstone, Ont., company, Thomas Canning Ltd., beyond Canada, he turned to Nigeria, which has one of the biggest tomato appetites in the world. Indeed, the country's trade relationship with Canada is growing.

His company's canned organic tomatoes, sold under the label Utopia, appeal to perhaps 5 to 8 per cent of Canada's population, he says. Even if he grew the brand in Canada, sales increases would be "incremental." But targeting the same demographic in Nigeria, whose population is nearly six times Canada's, pays off in a big way, Mr. Thomas says.

It took years of work before Thomas Canning could enter Nigera earlier this year. The company studied culture and eating habits to determine which products should be sold and how they should be labelled. The products had to be sampled by and then registered with the Nigerian government. Then Thomas Canning had to officially create a local company, Utopia Africa, to handle all transactions.

The company also found local partners. In April, it inked a $25-million deal with Festrut Group, which would be Utopia's sole African distributor. It also hired the local wing of logistics company DHL Express to help oversee delivery once products arrived by sea in Lagos.

Local connections are crucial in Nigeria, where worries of corruption still run rampant and trust is secured by meeting face to face. "You have to be on the ground. You have to know people, have to shake hands," says Joel Dido, EDC's regional manager for Africa and the Middle East.

Mr. Thomas also had to take a different tack with advertising. He's a big fan of social media marketing, but ads in Nigeria are still "very visual, and on paper. Newspapers, billboards and buses will probably get you more mileage than trying to promote it online."

Businesses can also sell by targeted text message, which is a huge advantage in a country where almost everyone has a cellphone but not necessarily Internet access.

More than 75 Canadian companies are active in Nigeria, according to Foreign Affairs and International Trade Canada. BlackBerry Ltd. and the solar laptop manufacturer WeWi Telecommunications Inc. have made strides. Bombardier Inc. has a plane-manufacturing deal, while Chilliwack, B.C.'s IMW Industries is building natural-gas fuelling stations.

Manitoba Hydro International Ltd., a consultant subsidiary of the prairie province's electrical utility, is in the midst of a $24-million, three-year management overhaul of the Transmission Company of Nigeria.

Mark Mandzik, MHI's managing director, says working in Nigeria is "an opportunity to showcase Canadian talent around the world," though misconceptions of the region can hinder that. "A lot of people tend to think of Africa as a country and not a continent," he says.

The "unnerving climate" surrounding Ebola fears have played into that misconception, even within his own organization, Mr. Mandzik says. While MHI has kept its staff in the Ebola-free Nigerian capital of Abuja, several of its Canadian employees have opted not to travel there.

More broadly, though, Mr. Mandzik insists that businesses must consider each African culture and country as the unique entities that they are. He borrows a common phrase: "First understand, then be understood."

Businesses in Canada have numerous starting points. The Nigeria Canada Forum, for instance, offers guidance and connections and publishes a quarterly magazine promoting companies looking for partnerships. And the Canadian government, keen to bolster bilateral trade with Nigeria, has routes to help, too, including through the EDC and the Trade Commissioner Service in Lagos.

With due diligence, success in Nigeria can open even more doors.

"If you can succeed in Nigeria," Mr. Dido says, "there is a good chance you can do it elsewhere in Africa."

Earlier this year, Nigeria changed the way it calculates GDP to give a more accurate weighting to its component industries. The measure now uses a base year of 2010, compared with a previous base year of 1990.

The update gives certain sectors, such as mobile technology, which has exploded in the country, significantly more heft in the calculations. In turn, it has also pushed Nigeria's economy to No. 1 in Africa, jumping past long-time leader South Africa.

Vietnam in hot pursuit of foreign business, investment
May 12, 2018 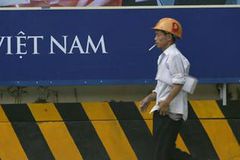 Canadians drawn to 'a beacon of light' in eastern Germany
May 12, 2018 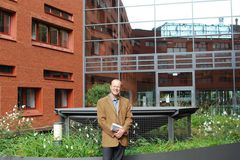 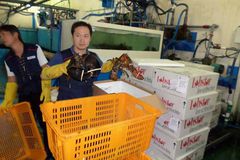 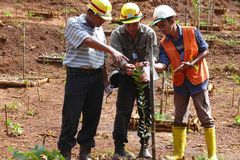 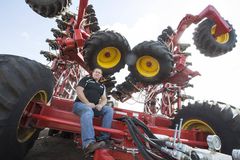 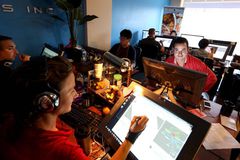