U.S. retailer Nordstrom Inc. will delay bringing its low-cost Rack stores to Canada, as it looks to contain expenses and avoid a repeat of Target Corp.'s fumbled debut.

Nordstrom, which will launch its first full-line store in Calgary this fall, had expected to introduce Rack to Canada in 2015. But spokeswoman Brooke White confirmed on Thursday that the company will push back the discount chain's opening until about 2017.

The Seattle-based retailer said it didn't anticipate that Canadian expansion would be so complex and is learning lessons from Target's struggles. "We want to ensure we understand how to best serve Canadians," Ms. White said in an interview.

Nordstrom's decision to rein in its pace of growth underlines a shifting mood among American chains, which saw Canada as fertile territory to test international expansion following the recession, as it fared better than most other countries.

But as growth in Canada remains sluggish, Nordstrom and some other retailers are being more cautious. Bank of Canada Governor Stephen Poloz warned on Tuesday that growth will be slower than in the past. According to estimates by Moody's Investors Service, retail sales, excluding autos and gasoline, will rise just 1.5 to 2 per cent in 2014, markedly lower than the 5-per-cent average annual growth in the two decades before 2008.

Target's expansion has become a cautionary tale for Nordstrom.

The discount chain reported almost a $1-billion (U.S.) operating loss in 2013 at its new Canadian operation, which arrived here last March; it expects more red ink through 2014. Shoppers have complained about empty shelves and prices that are higher than those in its U.S. stores.

Nordstrom executives watched Target struggle to launch 124 stores in Canada over nine months – and another three last week – which many industry observers say was too much to execute properly. Target is now working on improving its under-performing distribution and replenishing systems.

"There are absolutely lessons to be learned," Ms. White said on Thursday.

"We are approaching it differently than them to begin with."

She noted that Nordstrom's full-line stores are more complicated to roll out, taking 18 to 24 months each, compared with just six to eight months to get a Rack outlet up and running.

Nordstrom also underestimated the costs and systems involved in ramping up in Canada, Ms. White said.

"There are enough differences for us in our distribution and systems that virtually everything that we do in the States we have to alter somehow for Canada, and we had underestimated that."

In the U.S., Rack is a key revenue driver for Nordstrom.

They generate higher sales per square foot than their mainstream counterparts: $553 compared with $372, respectively, last year.

"This has been a great growth vehicle for us," chief financial officer Mike Koppel said.

Nordstrom, which has targeted $1-billion in sales in Canada, has been less ambitious than Target, anticipating an operating loss "for several years until we reach necessary scale," Mr. Koppel told a conference call last month

He estimated that the retailer will post a $35-million operating loss in 2014, mainly tied to infrastructure and pre-opening costs.

"It's a realization that you can't just come in and expect to open overnight and things are going to work out just fine."

He said other retailers that are slowing their expansion plans include lingerie specialist Victoria's Secret, home decor chain Crate and Barrel and fashion purveyor Ann Taylor. 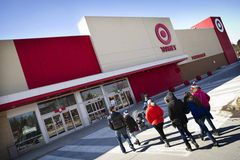 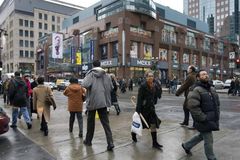 Reports to show what consumers are buying, how much more they’re paying
March 16, 2014 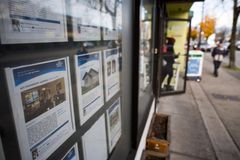 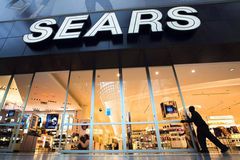