A fight is brewing in U.S. court that threatens to derail a settlement deal struck last month to conclude a seven-year battle over divvying up Nortel Networks Ltd.'s remaining $7.3-billion (U.S.) in assets.

Pension Benefit Guaranty Corp., a U.S. government agency that backstops pension plans of bankrupt companies, has objected to the settlement plan, saying it may not receive enough to cover its $708-million claim, which represents the shortfall in Nortel's U.S. pension plan after the company filed for Chapter 11 bankruptcy protection in 2009. Nortel's U.S. division has 22,000 pension plan members.

PBGC said in a court filing it will "defend its claims aggressively" to ensure it receives the highest possible payout, and warns the settlement will not achieve the desired resolution of the case but will instead "needlessly instigate a lengthy and bitter dispute."

"It by no means achieves a path toward the swift and amicable confirmation of a Chapter 11 plan – a goal well beyond due for all creditors, including PBGC," the agency said.

Nortel's U.S. division is asking the U.S. court to reject PBGC's claim, arguing the fund is making an unfair grab for more assets at far too late a point in the process.

The U.S. company said it has worked closely with PBGC on the official committee of unsecured creditors, and PBGC had a "front-row seat" to years of bitter and expensive efforts to resolve the case.

"It is therefore with a sense of bewilderment that the debtors now stand before the court facing the PBGC as a vocal opponent of the global settlement," it said in an objection filed in court Wednesday.

"Having tried and failed to settle the seriously flawed PBGC claims, the debtors are left with no option but to file this objection."

A court date has not been scheduled yet to hear PBGC's claim.

A proposed settlement deal, unveiled Oct. 12, lays out a plan to divide the $7.3-billion remaining from the liquidation of Nortel's assets among the company's Canadian, U.S. and European divisions, but the settlement does not lay out how much each creditor in each jurisdiction will receive. Under the plan, which still requires court approval, the Canadian operations will get 57.1 per cent of Nortel's assets, European creditors will get 18.5 per cent and the U.S. claimants will receive 24.4 per cent.

Two 2015 court rulings in Canada and the United States had awarded about 14 per cent of the assets to the U.S. division, but U.S. creditors filed an appeal, which was winding slowly through U.S. court.

To resolve the case, the Canadian and European creditors agreed under the settlement deal to give up a portion of the amount they would have received under the 2015 decisions, but both said they will face less of a loss in reality because they will benefit from currency conversion changes.

In an Oct. 18 court filing objecting to the settlement, PBGC complained the deal seeks to cap its claim at a maximum of $708-million, but does not guarantee the fund will ultimately receive that amount and says other parties retain the right to contest its claims.

PBGC said that means it will have to fight to assert the full amount of its claim going forward.

The agency also filed an application in 2014 to increase the size of its claim against Nortel's estate by $114-million, but the matter has not been resolved. In Wednesday's court filing, Nortel's U.S. division urges the court to disallow the additional claim, saying it was filed after the deadline had passed for asserting new claims.

"Having slept on their rights for years, it is far too late to do so now, especially in light of the global settlement," the company argues.

It also argues the assets in Nortel's U.S. pension plan have increased in value by $88-million since Nortel's bankruptcy, so those gains should offset any claims from PBGC. 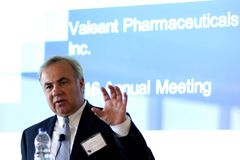 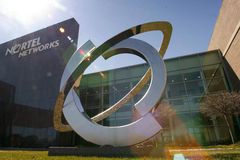