Canadian employees of the consumer products division of Novelis Inc. fear their jobs and the Alcan brand of aluminum foil that dominates Canada's store shelves will disappear in another blow from the globalization that has pulverized the country's manufacturing sector.

The Novelis division has about 200 Canadian employees, most of whom work at a factory in western Toronto. Unionized workers at that plant are paid more than $20 an hour. "This is a plant that should not be closed down," said one employee. "These people should not lose their jobs."

The takeover by Reynolds comes amid a flurry of high-profile plant closing announcements in the past month in the food industry and elsewhere in the Canadian manufacturing sector that will eliminate almost 2,000 well-paying jobs.

The closings have been driven by corporate restructurings by multinational companies based outside Canada, high costs in Canada and the invisible hand of globalization.

The journey of the Novelis operation into the hands of Reynolds is a quintessential tale of globalization. The consumer products division of what was then Alcan Inc. was spun off as Novelis in 2005 amid anti-trust concerns after Alcan purchased rival Pechiney SA of France.

In 2007, Alcoa Inc. launched a hostile bid for Alcan that eventually led to the takeover of one of the handful of Canada's global champions by Rio Tinto PLC, which agreed to license the Alcan name for aluminum foil to Novelis. That same year, Hindalco Industries Ltd. of India bought Novelis. A year later, Alcoa sold its Reynolds consumer products business, which includes Reynolds Wrap, to Rank Group Ltd., the private investment company of New Zealand billionaire Graeme Hart.

The deal to sell the Novelis operations to Reynolds has not closed yet, but the prospect of Reynolds closing Canadian plants – as it has done before – also worries former employees.

"I hope sincerely that this is not going to be a case of an old, well-established Canadian company being shown the door again and some other foreign company coming in," said Jack Cullen, who was a production manager at the Toronto plant before retiring in 2002. "The ongoing battle between us and Reynolds over the years has been tremendous. We thought that we'd well and truly vanquished them from the scene."

Alcan foil dominates the Canadian market, but the products are also exported to the U.S. market and sold at Costco and Wal-Mart outlets. Alcan foil occupies the main shelf space at the Sobey's about two kilometres from the west Toronto plant and at Loblaw, Costco, Target and Metro stores nearby. Reynolds Wrap is the name brand at Dollarama and Home Hardware stores in a nearby mall.

Novelis said in announcing the $35-million (U.S.) sale last month that the business, which includes BBQ Buddy and Bake-King foil products, is successful, but "is not core to the growth strategy of Novelis."

The deal is subject to scrutiny by regulators, which Mr. Hirsch said includes approval by competition authorities.

Reynolds refused to comment on questions submitted to the company through an outside public relations firm. Lance Mitchell, the company's chief executive, did not respond to a voice mail message left on his phone at the company's head office in Lake Forest, Ill.

Novelis closed its Saguenay, Que., works in 2012 and a research and development centre in Kingston earlier this year.

Manufacturing sector expected to post decline for October
May 11, 2018 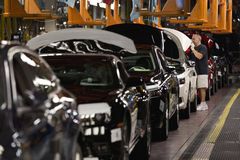 Opinion
Alcan subsidies and all that jazz suit Quebeckers fine
May 3, 2018 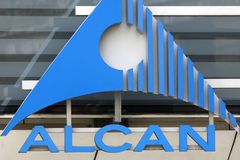 Spinning off Alcan won’t turn back the clock for investors Subscriber content
May 11, 2018 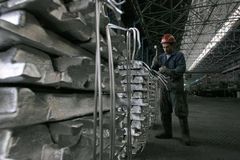 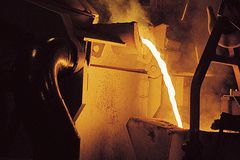