Toronto-based NRStor Inc. is pursuing the "holy grail" of the power industry, looking to solve the critical challenge of electricity storage with technology that would compress air and store it in salt caverns for use when the wind isn't blowing or for the province's nuclear reactors when they are pumping more energy than is needed.

NRStor is one of more than a dozen companies vying for contracts to supply a total of 16.4 megawatts of storage to demonstrate the commercial viability and test how to integrate the services into the complex workings of the grid.

Chief executive officer Annette Verschuren said the two-megawatt project that NRStor is proposing would serve a much grander ambition: to construct as much as 1,000 megawatts of capacity for compressed air storage over the next 20 years in order to build a "flexible, green, 21st-century electric system" in Ontario.

The company commissioned a study – to be released Tuesday – that calculates the province could save as much as $8-billion in power costs over 20 years through compressed air storage, assuming it meets its current target of 10,700 megawatts of wind power by 2021.

"Our focus is to make [the storage] competitive with the cost of generating electricity from gas turbines" which is currently used to back up intermittent wind power, Ms. Verschuren said in an interview. "We think it's there now."

NRStor is partnering with Massachusetts-based General Compression Inc., which has developed a compressed-air technology that uses no fuel but instead employs heat exchangers in what is known as a near-isothermal process. Two large compressed-air storage plants now in operation – one in the United States and one in Germany – use natural gas to compress the air, reducing the cost-effectiveness.

Ontario's Independent Electricity System Operator (IESO) is moving cautiously to add storage capacity to the grid, initially at a small scale to help regulate power flows. Like utilities around the world, it hopes for breakthroughs in large-scale storage to back up intermittent power such as wind, which often supplies power when it is not needed but is not available at periods of high demand. Large-capacity storage systems could also help the province address the problem of its large nuclear fleet producing more power than is need in times of low demand, which forces Ontario to make cut-rate electricity exports.

"Storage effectively is part of the missing link" for the modern power system," Jim Burpee, the recently retired president of the Canadian Electricity Association, said Monday. "It's a critical aspect for both reliability in terms of voltage and frequency control, as well as taking care of production when the wind blows but you're not using the electricity."

He said it's not yet clear compressed-air storage can compete with alternative strategies. The two critical factors are keeping capital costs down and achieving high levels of operating efficiency.

General Compression chief executive Joe Cofelice said the compressed-air system offers long-term storage, a clear advantage over batteries, which can store electricity for only a relatively short duration. He said the company is moving from demonstration stage to the world's first no-fuel, compressed-air commercial plant, which he hopes to build in Ontario.

Competitively priced, large-scale storage would reduce the need for Ontario to rely on natural gas "peaker" plants, which only supply power during times of peak demand – typically on hot summer days – or when the province's wind turbines are not generating electricity. Greater reliance on natural-gas-fired power would drive up greenhouse gas emissions at a time when the Liberal government pledged the province would reduce emissions by 37 per cent from 1990 levels by 2030.

The province could also rely more heavily on Quebec, but transmission lines would have to be built and Ontario would be competing with U.S. states for those electricity exports. 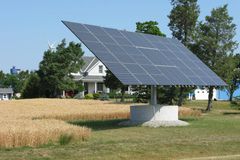 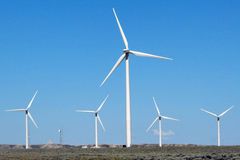