The Ontario government's new requirement to add more women to the boards of provincial Crown corporations could have a spillover effect in the corporate community by creating a bigger pool of experienced female directors, advocates say.

Premier Kathleen Wynne announced on Tuesday that her government will require all of its Crown corporations, agencies, boards and commissions to have 40 per cent female directors by 2019, saying the move will set an example for the business community.

Beatrix Dart, executive director of the Initiative for Women in Business program at the University of Toronto's Rotman School of Management, said she does not typically urge women to volunteer on not-for-profit boards as a stepping stone to moving onto a corporate board because it is often not a successful strategy.

But she said large government-sector boards can give women valuable skills and contacts to move into the business sector. "They might get the right network and exposure, and in the end that is what matters – who is in your network, who knows you, and who can vouch for you," Prof. Dart said.

The province announced its new policy after commissioning a report from women's advocacy group Catalyst on ways to bolster the number of women in senior business roles. One of the group's key recommendations is that companies should create voluntary internal targets to have 30 per cent female directors within three to five years.

Catalyst also said the Ontario government should "consider more stringent legislative or regulatory approaches" if sufficient progress is not made toward that goal.

Catalyst chief executive officer Deborah Gillis said her organization has not defined what sort of more stringent legislative change the government should consider, and mandatory quotas such as those adopted in Norway and France are only one possible response.

Ms. Gillis said Catalyst is waiting to see the impact of a new rule introduced last year requiring companies to report on their policies and practices around board diversity.

"Our view is that the comply-or-explain regulations that were introduced here are still in their early stages. There's an opportunity for businesses to step up and make progress," she said.

Research by the Clarkson Centre for Business Ethics and Board Effectiveness at the Rotman School of Management shows that companies with age limits for directors or tenure-term limits averaged more women on their boards than those without any formal mechanisms to ensure turnover.

The research also showed that companies that had the most turnover on their boards from 2011 to 2015 had more female directors than those with the least board renewal.

Catalyst recommended that companies adopt a written policy describing how they specifically plan to increase the number of women on their boards, and use at least one mechanism such as age or term limits to encourage change.

It also recommended that companies searching for a new director should require potential candidate lists to contain at least half women, and said women should make up 50 per cent of those interviewed for every open board position.

Ms. Gillis said Ontario's move to add women to government boards will show companies that concrete targets can work. "I do think that it sets an important example for business leaders," she said. "For the government of Ontario to set a very clear goal that they're working toward is a model that is now being encouraged for business to follow as well."

Opinion
How do we fill the pipeline with board-ready women?
March 7, 2016 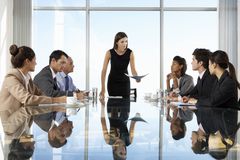 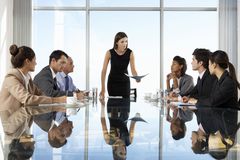 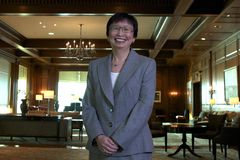