Ontario is demanding the federal government do more to protect auto makers in a new free-trade agreement with South Korea, arguing the deal as it currently stands would "negatively impact" the industry in the province.

Economic Development Minister Eric Hoskins says he wants Ottawa to secure protections similar to ones the United States received in its own deal with South Korea in 2011.

"This free-trade agreement, as negotiated by the federal government, may not be good for the auto sector, may actually be quite challenging and problematic and negatively impact the sector in Ontario and Canada," he said in an interview Thursday. "If Michigan was important enough for the Americans, then Ontario should be that important to Harper and the federal government as well."

The wide-ranging agreement would see Canada phase out its tariffs in exchange for South Korea doing the same. This would help some Canadian businesses – particularly pork and beef exporters – while allowing South Korean auto makers even greater access to the Canadian market.

Mr. Hoskins said he has no problem with getting rid of the auto tariffs, but he wants guarantees Seoul will not slap other barriers on Canadian vehicles, such as additional taxes.

To make sure they do not do this, Mr. Hoskins wants tariffs phased out over a five-year period and a "snap-back" provision that would allow Canada to raise its tariffs back up if South Korea puts any barriers in place.

Sources familiar with the talks said one proposal on the table in current negotiations calls for tariffs to be phased out over a period shorter than five years.

A spokesman for federal International Trade Minister Ed Fast said Canada will only approve a deal if it contains "tools" to stop South Korea from imposing non-tariff barriers. He would not comment on the specific measures Mr. Hoskins is asking for.

"We will only sign an agreement that's in the best interest of hard-working Canadians including through the elimination of Korean tariffs and creation of effective tools to counter non-tariff barriers to trade," Rudy Husny wrote in an e-mail.

Auto makers have difficulty believing South Korea will eliminate or reduce its non-tariff barriers in part because of actions that country took after free-trade agreements with Europe and the United States came into effect.

The offices of the top five import brands were raided by officials from the Korea Fair Trade Commission earlier this year after their sales of vehicles made outside South Korea rose to 10 per cent of the market. The South Korean offices of BMW AG, Toyota Motor Co., Audi AG, Volkswagen AG and the Mercedes-Benz division of Daimler AG were raided.

Officials from the Detroit Three auto makers have complained that South Korean tax authorities launch audits of South Koreans who buy imported cars, but it's not clear if that practice still persists.

Ford Motor Co. of Canada Ltd. president Dianne Craig has publicly spoken out against the free-trade deal as it currently stands, and auto workers' union Unifor has also raised concerns. Mr. Hoskins said he spoke with Chrysler group chairman Sergio Marchionne at length about the deal when the pair met at the Detroit Auto Show.

That Ontario is lining up behind auto makers is no surprise: On top of the 93,000 jobs it estimates the sector has in the province, Queen's Park has recently been trying to land more investment from them, as it competes with U.S. states and Mexico, and has strong reasons to support the car companies.

Both Hyundai Auto Canada Corp. and Kia Canada Inc., the two South Korean-based auto makers that sell vehicles in Canada, reduced their imports of finished vehicles from that country last year. But their imports exceeded 100,000 vehicles. 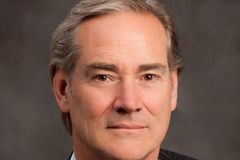 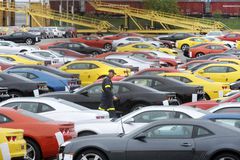 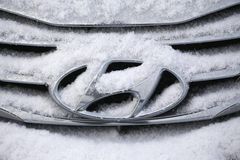 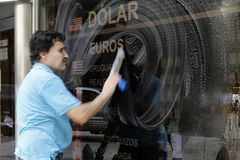