The Ontario government's transit agency has filed a formal notice of intent to terminate a $770-million contract for Bombardier Inc. to supply vehicles in Toronto, The Globe and Mail has learned.

It's the latest sign of growing concern at Metrolinx about repeated production delays by the beleaguered company, which has pledged to supply 182 light-rail vehicles (LRV) but has yet to deliver the first of them.

The legal move comes less than four months after Metrolinx issued Bombardier a notice of default. This fall, the government began floating privately to industry the possibility of another provider building some of the vehicles. The notice of intent to terminate was filed within the last week.

Related: TTC chair says Bombardier aid would be a 'slap in the face' to Toronto

"We need certainty that everyone involved can deliver on the many components of this plan," he said.

"I know that there has been some concerns about Bombardier's performance as there have been significant quality and manufacturing issues that, to-date, have not been resolved. As a result, we have taken the next step available to us through our contract. We will continue to work with Bombardier on this issue and we will deliver on our transit commitments."

"Production is not even slated to begin until the second quarter of 2018," he said in an interview from Montreal. "So there is no element on which we can state that we are in default of our contractual obligations."

Bombardier announced last month that it would lay off 7,500 workers, about 10 per cent of its work force, with 2,000 of those cuts to come in Canada. Two-thirds of the overall cuts were to come from its rail unit. The company is trying to rebuild profit as it waits for a federal decision on its request for a $1-billion investment.

The call for federal assistance has been complicated, though, by Bombardier's difficulty meeting its commitments in Ontario. The company has struggled to meet its own schedule for delivering reliable streetcars under a separate contract with the Toronto Transit Commission, sparking increasing frustration at city hall and complaints about the prospect of Ottawa helping the company even as it was short-changing Toronto.

Metrolinx's own order dates to 2010, when the agency ordered enough LRV to supply a number of planned transit lines in Toronto. The first of those lines – the Eglinton Crosstown – is scheduled to open in 2021. It's not clear, though, if it could open on schedule if the agency were to now switch to another provider.

Metrolinx refused to comment on the possibility of delays in opening the Crosstown, or on the legal process unfolding with Bombardier.

The pilot vehicle for Metrolinx's LRV order, a prototype used for testing, was to be delivered to the agency in the spring of 2014. This delivery has been delayed repeatedly, with Bombardier on Monday missing the latest deadline.

"The pilot hasn't arrived as yet but a walk-through is scheduled this week, beginning today in Thunder Bay to gauge progress," Metrolinx spokeswoman Anne Marie Aikins said in an e-mail Thursday. She added that the walk-through would not constitute the so-called First Article Inspection, a key step to delivery, "but it is to get us closer to this spot."

The provincial government has already made clear that Bombardier might lose part of the 182-vehicle order. This fall they approached the three consortia competing to build an LRT along Finch Avenue West and offered the option of including vehicle procurement as part of their bids.

At the time, Bombardier insisted they would deliver the full 182-vehicle order. But representatives from Siemens and Alstom – both major LRV manufacturers – made clear their eagerness to pick up any part of the order. 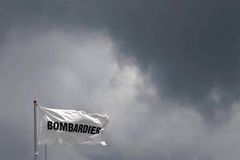