Ontario's industries are lobbying the Liberal government to avoid carbon-emission costs that they say would undermine their competitiveness, as Queen's Park weighs the economic impact of its proposed cap-and-trade plan against the opportunity to raise much-needed revenues.

Premier Kathleen Wynne has promised to provide details of the climate plan by this fall, ahead of the United Nations summit in Paris, which aims to forge a global agreement to reduce greenhouse-gas (GHG) emissions. A key factor will be whether Ontario requires companies to buy "allowances" to emit GHGs or provides them with free allowance up to a regulated limit or "cap."

Companies are lobbying for exemptions or free allocations in order to compete against rivals that are not burdened with carbon pricing, said Katie Sullivan, North American director for the International Emissions Trading Association and a member of the province's climate advisory board. Ms. Sullivan said the government must also be wary of "carbon leakage" that occurs when economic activity is shifted outside a jurisdiction and then carbon-intensive goods are imported instead of being produced domestically.

Industry spokesmen say their companies have already made strides in reducing emissions, while other key sectors, such as transportation and housing, have not. Through a combination of efficiency gains and lower production, Quebec industries have cut their emissions by an average of 25 per cent from 1990 levels, said Carol Montreuil, vice-president for the Canadian Fuels Association, which represents refiners. Ontario industries have seen similar emission reductions.

States and provinces need to protect the competitiveness of their industries and ensure the climate regulations don't simply force a shift in activity outside their borders to jurisdictions that impose no such costs, Michael Gibbs, assistant executive officer at the California Air Resources Board, said in an interview.

Mr. Gibbs – who will visit Toronto on Wednesday – said the design of the cap-and-trade system is critical to its success, including the allocation of allowances and the functioning of the market in which credits and allowances are traded. He was a key architect of the Western Climate Initiative, under which Quebec – and soon, Ontario – participates with California in a carbon market.

Quebec provides energy-intensive, trade-exposed industries with free allowances that cover up to 80 per cent of a regulated emissions cap. The companies have to purchase 20 per cent of the allocation as well as the emissions credits required if they exceed their cap. California has a similar system, and over time, the two jurisdictions will lower their overall emissions caps as well as force companies to pay for a greater proportion of their allocation.

Ontario officials are now consulting with stakeholders, including industry representatives, to determine what the cost burden will be, and on whom it will fall.

One expert group is urging the provincial government to keep to a minimum the amount of free allowances provided in order to avoid political interference on behalf of special interests. "The scope for free allocations should be narrow, rules-based and transitional," the Ecofiscal Commission argued in a report to be released Wednesday.

The report said Ontarians are far more likely to support the cap-and-trade plan if it is transparent, fair and effective – and "immune from political interference."

"This is going to be very difficult," said Christopher Ragan, chair of the commission that comprises a number of prominent economists from across the country. "Does government have the backbone to resist the special-interest pleading and do what is in the public interest. … If you are going to give permits for free, try to do it temporarily but also try to ensure that what you're doing is based on data and analysis, and not discretion."

He said all industries will claim to be under a competitiveness threat but the province will have to assess how energy intensive the operations actually are, how exposed they are to competition and whether they can pass along the added costs to consumers.

Ontario could raise an estimated $1.5-billion in 2016 and $3-billion by 2020 if it auctioned off 70 per cent of its allowances, the Ecofiscal commission report said.

The province is currently in discussions with various industrial sectors, including steel, cement, refining, and pulp and paper, in order to determine how each will be treated under its cap-and-trade plan. 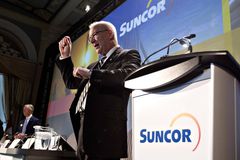 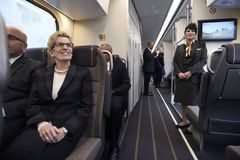