An Ontario regulator has revoked the mortgage broker licences of five companies and individuals associated with the Tier 1 group of companies after an investigation into syndicated mortgage investment pools they were promoting to investors.

The move comes after the Financial Services Commission of Ontario (FSCO) suspended the licences in October, 2016, amid an investigation into 16 syndicated mortgage pools that raised $119-million from 1,500 investors. The money was raised to fund a development group that was planning to build condominiums and student residences.

A notice issued Jan. 23 said the companies and individuals withdrew their requests for a hearing in the case, allowing the Superintendent to impose the order immediately to revoke their licences.

Mr. Singh's lawyer, James Bunting, said his client denies FSCO's allegations, but withdrew his request for a hearing because it would be expensive to keep fighting the case and a hearing would likely last more than a month.

In a letter sent Jan. 16 to notify the regulator about the withdrawal, Mr. Bunting said Mr. Singh has not acted as a mortgage agent in more than a year and does not expect to carry on business administering mortgages in the future, so the revocation of his license will have no practical effect.

"By withdrawing, the applicants do not, in any way, admit that they have committed any wrongdoing," the letter adds. "To the contrary ... the applicants expressly deny the allegations made against them."

FSCO alleged that it discovered numerous conflicts of interest involving Mr. Singh, who was a director and sole shareholder of Tier 1 Transaction Advisory Services Inc., saying he was also a "director, officer, shareholder (either directly or indirectly) and/or profit participation interest holder" in most of the development groups that borrowed money from the investors.

The regulator alleges investors were not told about his conflict of interest in marketing the mortgage investments without disclosing he would also benefit from the loans to entities in which he had a financial interest.

The Ontario Provincial Police anti-rackets branch has separately launched an investigation in the case, reviewing a condominium project in Bracebridge, Ont., that was one of the developments funded by the syndicated mortgage loans. The OPP sent a letter to investors in the project last fall saying it is looking for victims and witnesses who will speak to police, but so far it has laid no charges.

Grant Thornton has been appointed trustee for the mortgage investors. It asked the court to appoint a receiver – KSV Kofman Inc. – to take control of eight development properties that received loans. KSV filed a report in court in June saying it concluded only a small percentage of the money borrowed from investors appeared to have been used for its intended development purposes. 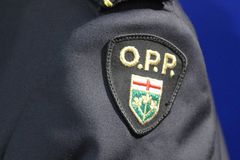 Ontario regulator ignored warnings on risky mortgage investments
November 30, 2017
Follow Janet McFarland on Twitter @JMcFarlandGlobe
Report an error Editorial code of conduct
Due to technical reasons, we have temporarily removed commenting from our articles. We hope to have this fixed soon. Thank you for your patience. If you are looking to give feedback on our new site, please send it along to feedback@globeandmail.com. If you want to write a letter to the editor, please forward to letters@globeandmail.com.
Comments are closed