Ontario is mulling privatizing more of the electricity system and liquor sales, as well as selling off assets, as it searches for ways to pay for infrastructure.

The matter will be studied by a new panel – one of more than 30 the government has created over the last year – meaning any decision is a long way off.

"We're going to evaluate the best use of these assets as well as the maximum potential of the respective Crown businesses," Finance Minister Charles Sousa said Friday in a speech to a mainly Bay Street audience. "We are going to determine which business the government should be owning and what it shouldn't."

In the short term, the province will sell the Liquor Control Board of Ontario's headquarters building and its shares in General Motors. The panel will recommend how to restructure the LCBO, Ontario Power Generation and Hydro One to make them more profitable, and look for assets such as real estate that could be leased or sold to raise cash.

The panel will also be able to go further than this, with carte blanche to look at privatizing parts of the agencies.

While the government badly needs a source of cash to pay for all the infrastructure it wants to build – ranging from a new highway between Kitchener and Guelph to a series of subways and light rail lines in the Toronto area – floating the notion of privatization is a risky move ahead of the budget.

The New Democratic Party, to whom the minority Liberals are looking for help getting the budget through, is firmly in favour of keeping the LCBO and hydro agencies in government hands, arguing this is a better way of keeping prices under control and getting revenue for the government.

The Progressive Conservatives, who have long advocated more private power and liquor retail, said the government is simply kicking the can down the road by referring it for study.

"All this is is another panel that's not going to go anywhere -- they have a habit of creating these panels, making announcements and then not doing anything about them," MPP Vic Fedeli said. "This is more pre-election posturing."

The Liberals' love of panels has become something of a running joke at Queen's Park – the government has set up more than 30 of them since early 2013. And they have sometimes disregarded their advice. The government, for instance, rejected major recommendations from two different studies on paying for transit: hiking the HST and the gas tax.

Given the number of transit funding tools the Liberals have ruled out, they must find a way to get the cash.

Selling the GM shares, which Ontario got when it helped the federal government save the auto maker during the recession, could net about $1.4-billion at current market prices. Mr. Sousa said the government would wait over the next year for the best time to sell.

The province has long signalled its intention to sell off the LCBO headquarters, which sits on valuable real estate on the Toronto waterfront, but has been slow to make it happen. The government will issue a request for proposals by early summer, Mr. Sousa said.

The province is planning to spend $35-billion on infrastructure over the next three years, and requires roughly $34-billion to complete The Big Move, its ambitious transit-building plan for the Greater Toronto and Hamilton Area.

The panel will be chaired by Ed Clark, CEO of TD Bank Group. 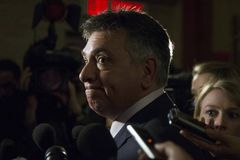 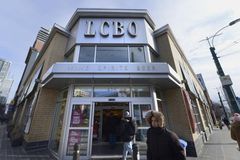