The CEO of the Ontario Teachers' Pension Plan will step down at the end of the year, revealing plans to retire from the $130-billion pension fund as it grapples with long-term funding shortfalls despite a recent series of changes.

Jim Leech, 65, told reporters Tuesday he informed the board last year of his plans to retire by the end of 2013, and said directors have launched a search for a successor.

Mr. Leech joined Teachers in 2001 to manage its private equity investment portfolio and became CEO in 2007 following the retirement of his predecessor, Claude Lamoureux.

He has guided Teachers through a volatile period since 2008, when the economic crisis led to an 18-per-cent drop in Teachers' investments that cost the fund $19-billion. That was followed by a rebound in returns in 2009 and rapid growth in assets since. Mr. Leech also oversaw a series of high-profile deals, including Teachers' aborted attempt to buy telecom giant BCE Inc. and its sale of high-profile asset Maple Leaf Sports and Entertainment Ltd. last year.

Mr. Leech, who has three children and five grandchildren, would not discuss his plans for retirement, saying through a spokesperson that he still has nine months ahead as CEO and wants to focus on his job until closer to his departure. He is currently writing a book and has previously talked about his love of golf and of spending time at his cottage north of Toronto.

Teachers reported Tuesday it earned a hefty 13-per-cent return on its investments last year and saw its assets grow to a record high of $129.5-billion, up from $117-billion at the end of 2011.

Despite the gains – which beat the 9.4-per-cent average for Canadian pension plan returns last year – Teachers revealed it still has a $5.1-billion funding shortfall, even though its sponsors have taken numerous steps in recent years to increase contributions and reduce inflation protection to try to bring the plan back to balance.

The Ontario government and the Ontario Teachers' Federation recently reached an agreement to end guaranteed indexing of pension benefits for teachers to help the plan return to fully funded status. The agreement marked the fifth modification to the plan since 2005 to try to improve its funded status. While the latest deal meant the Teachers' fund would be balanced as of January, 2012 – with assets matching its estimated cost to provide pensions to members – the plan again has a shortfall for 2013, Teachers said Tuesday.

The fund said it projects it has a $5.1-billion shortfall as of January, 2013, which means it is 97-per-cent funded. The main cause of the continuing funding gap is low interest rates, but Teachers said it is also being hit by demographic trends.

Members of the plan work an average of 26 years before retiring, and are now retired for an average of 31 years, owing to longer lifespans, compared with just 20 years of retirement in 1970. Teachers says its members – many of whom are women – have the longest lifespans of any pension plan members in Canada, with 2,800 pensioners now over the age of 90 and 107 over the age of 100. The fund is also facing a falling ratio of working teachers compared with retirees, with just 1.5 workers per retiree in 2012 compared with a 10-to-1 ratio in 1970.

Mr. Leech said a task force has been created to examine the current funding gap, which will include teachers' union representatives, the Ontario government and pension plan staff. They will study the fund's long-term demographic issues and will survey teachers early next year about their views on possible solutions.

Teachers does not need to immediately address its newest funding shortfall because it is not required to file its next funding report with regulators until January, 2016. As a result, Mr. Leech said it is possible that stronger investment returns or an increase in interest rates could address the problem. Even a one-percentage-point increase in long-term interest rates would eliminate the current deficit, he said.

The job landscape: Where workers are needed, and where they aren’t
May 11, 2018

Firms turn to employees for pension relief
May 11, 2018 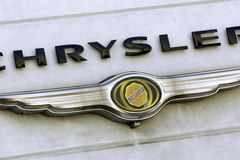 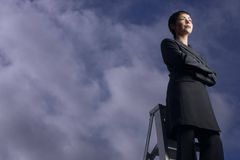 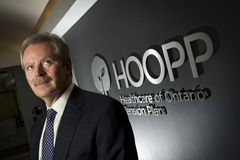