Some wine makers in Ontario are challenging a provincial certification system that they say causes wines to be formulaic and makes it harder to promote unique local tastes.

The province's voluntary regulator, Vintners Quality Alliance Ontario, or VQA, gives wines a seal of approval based on a complex process that includes passing a taste test. Getting VQA certification is lucrative for wine makers, and can make a significant difference to their profits.

But wine makers like Norman Hardie say the testing process is too prescriptive and rules out some wines that have local character.

"What the international market, which is important to all of us, is looking for is wines that smell and taste of place," says Mr. Hardie, the owner of a winery that bears his name in Ontario's Prince Edward County, near Kingston, Ont. "And often that involves a small amount of a fault. And in the end if we just make super clean wines we will never ever be seen as a great international wine region." Mr. Hardie recently stepped down from the VQA's board largely because he wanted to be more vocal about his views.

The VQA is a voluntary program, but it's one that comes with a lot of perks. Wine makers with approved wines become eligible for provincial grants and other incentives, and the VQA controls the use of a plethora of terms on wine labels, ranging from "Icewine" to "Niagara" to "Ontario."

The body was started by the winemaking industry in 1988 and incorporated into legislation by the province in 1999. A decade later, Ontario announced a wine and grape strategy, which Premier Kathleen Wynne renewed last year in her role as Minister of Agriculture and Food, promising up to $75-million over five years to grow the wine industry. That strategy has "a continued focus on VQA wine," according to the province, and has enabled the number of VQA wineries to double. The Liquor Control Board of Ontario, LCBO, sold 1,147 different Ontario VQA wines from 104 wineries in its latest fiscal year, according to a spokeswoman for the liquor retailer, who added that the provincially-run LCBO has been "a steadfast and proud supporter of locally produced Ontario VQA wine" for 23 years. VQA approval also makes it much easier to export to Europe.

The VQA has established a careful testing system for wines, much of it carried out in a sterile, white, lab-like room in downtown Toronto. During a recent visit, five people stood swigging wine and typing notes into laptops. These individuals form today's VQA Ontario tasting panel, and they systematically worked their way through dozens of decanters.

One of the posters on the wall read "wine defect terminology." It warned that a likeness to "decaying seaweed" or "rotten eggs" can signal hydrogen sulphide contamination, and that a hint of "dirty dishcloth" likely means atypical aging. The testing is done with such care, an official refused to allow a photograph of the poster, saying it was proprietary.

Mr. Hardie says the tasting panel was a good idea 20 years ago when a lot of wines "were super faulty." But not anymore.

"In the end, if you want to make fault-free wines then you can do so by very technical and very 'recipeed' wine making. And recipe wine making funnels everyone right down the middle," he said. "Many wines today have been manufactured, not crafted. You add sulphur, you add yeast nutrients, you use bagged yeast that comes from laboratories and you can make clean wines."

"I've had a long history of wines failing and having to go through the process several times," he adds. "Eventually they pass because I clean the wines up a little bit."

Francois Morissette, managing partner of the Pearl Morissette winery on the Niagara Peninsula, is another critic of the VQA's tasting criteria.

"In today's world of wine making you can add more than 200 products," he says, rattling off tannins, enzymes and glycerol. "It is a fabrication," adds Mr. Morissette, a former sommelier who was born in Quebec and spent years in Burgundy, France, and who thinks that there should be a place for wines that are more natural and less interventionist.

But he also knows how lucrative the VQA designation can be. For example, he says if he were to sell a VQA-approved bottle of his wine at a retail price of $25, he would he would keep about $20. Without the VQA's seal of approval, his profit on that same bottle would be more like $12, he says.

For a wine to receive VQA certification it must pass a chemical analysis, a label review and the sensory or taste analysis. If a wine fails its first tasting panel, it will go to a second one, with each made up of LCBO product consultants who are following a strict protocol for evaluating the wines. There is also an appeal process, where the panel is made up of wine makers and sommeliers.

A VQA appeal panel rejected three of Mr. Morissette's wines this summer. They were not main wines for him, but he says he would have made $66,000 more if those three had passed.

The VQA certifies about 1,800 wines a year, and the failure rate has been steadily decreasing over many years to about 3 per cent, says Laurie Macdonald, executive director of VQA Ontario.

Wine makers with unapproved wines could try to sell those products at a higher markup if they think they are superior, she adds.

Ms. Macdonald says that her impression is that the vast majority of the industry supports the current system. (Mr. Hardie counters that "everyone's scared to speak up"), and she likens it to not wanting sour milk on the shelf. She says a wine with a subtle flaw could pass, but would fail if the flaw dominates it.

Ms. Macdonald also notes that the VQA has relaxed many of its rules over the years, for instance about font sizes on labels. It evolved from allowing only glass bottles with corks to screwcaps to deregulating packaging all together. "But we still have to maintain integrity: it is a certification mark and it does have to mean something to consumers."

The idea of creating a special category for "natural wines" has come up, and Ms. Macdonald suggests that it is a possibility. A framework would have to be created for evaluating such wines, and consultations would have to be held on the notion.

She said she thinks that the government has chosen the VQA approval process as a way to incent quality in the industry.

"There are two ways to look at this from my point of view," she says. "You either get the government to change the policy … or you can try to change the criteria to get the certification."

Ottawa must take charge in fight against internal protectionism Subscriber content
May 12, 2018 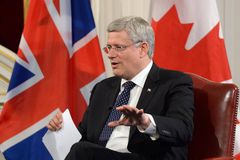 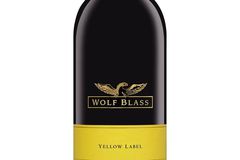 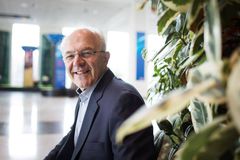