It took 24 years, five lawyers and a vigorous stalling campaign, but the Ontario securities regulator has finally given up.

The Ontario Securities Commission has ended the oldest outstanding case in its files, dropping a civil lawsuit filed in 1986 on behalf of minority shareholders of real estate company Mascan Corp., which alleged that founder Bruce McLaughlin siphoned off $35-million from the company for his own use. Mr. McLaughlin has strongly denied the allegations.

Over the years, the case was bogged down as witnesses passed away and Mr. McLaughlin repeatedly switched lawyers, filed numerous motions, and could not face questioning because of poor health.

"I think this is an embarrassment for the OSC," said former OSC chairman and securities lawyer Edward Waitzer, who acted as a lawyer for minority shareholders of Mascan in the early 1980s.

"This case was badly managed. There's no excuse for anybody allowing an oppression claim to take 25 years go get to trial," Mr. Waitzer said.

Justice Colin Campbell approved the OSC's settlement agreement with Mr. McLaughlin in late July, but said shareholders had good reason to be unhappy about the outcome.

The securities regulator reached a settlement with Mr. McLaughlin that has left shareholders with no payout from the suit and prominent legal observers slamming the OSC for letting the case languish for decades.

"The old adage 'justice delayed is justice denied' does come to mind. Had the action proceeded in a reasonable time frame, a trial on the merits might well have been the appropriate resolution," Judge Campbell wrote in his endorsement of the settlement.

"The circumstances of this case are an example of the need for more active court management so that the appearance of unreasonable delay can be avoided."

Judge Campbell said he agreed to approve a settlement because the case had gone on for so long, because several witnesses have died, and because Mr. McLaughlin is now disabled and cannot testify. His affairs are being managed by his daughter under power of attorney.

Shareholders alleged they lost at least $35-million when Mr. McLaughlin withdrew funds from the company between 1979 and 1983 for his own use, leaving Mascan facing bankruptcy. The firm was sold to a new buyer, and the OSC filed a suit against Mr. McLaughlin in 1986 to try to recover funds for investors.

The case was a rare example of the OSC filing a lawsuit in provincial court on behalf of shareholders, rather than pursuing the action as a tribunal hearing at the commission.

The OSC alleged the rights of minority shareholders had been "oppressed" by Mr. McLaughlin's actions at Mascan. The commission's case was later combined with four other civil lawsuits filed by shareholders against Mr. McLaughlin, and all the plaintiffs were covered by the settlement agreement reached this summer.

OSC lawyer Sasha Angus said he could not reveal the terms of the settlement agreement, which are subject to a confidentiality agreement, but he confirmed no money was paid to minority shareholders to compensate them for their losses.

He said the OSC was also frustrated by the slow pace of the case through the court system.

"The minority shareholders are understandably upset about the fact that nothing happened over these years," Mr. Angus said. "Of course, the process was pursued, but the OSC is like any other plaintiff in the court system. It has to work within a system it doesn't control, and that can be very frustrating."

Mr. Waitzer said the OSC should have managed the case more aggressively to keep it moving in the court system, despite Mr. McLaughlin's stalling tactics.

Mr. Angus said the OSC's decision to launch a lawsuit in provincial court "was a brave attempt" to try to do something different to protect shareholders. But he said in retrospect, it meant the OSC lost control of the matter in the court system. He said the commission is unlikely to try the same legal tactic again.

"Certainly in light of the experience we've had, we'd be thinking very long and hard before putting ourselves into a position where we were litigating in court as just another plaintiff against somebody."

The case is a "poster child" for the need for the court system to create a more active case management system to ensure matters don't languish, he added.

"I don't disagree that cases have to be managed properly to prevent these kinds of delays from occurring," Mr. Angus said. "Because if it just goes from judge to judge to judge, a different judge each time doesn't see a pattern that may be developing."

One term of the settlement agreement was a requirement for the OSC to withdraw a separate action against Mr. McLaughlin that was filed as a securities tribunal case at the OSC in 1984. That case was withdrawn as of Thursday. 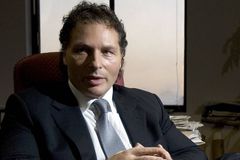 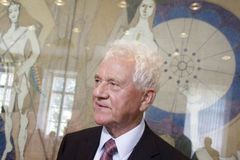 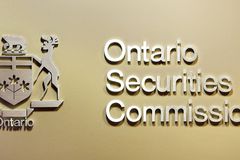