The Ontario Securities Commission has made frequent use of new freeze-order powers to try to protect stolen money from being hidden or moved offshore by criminals, but still finds it is "very difficult" to recover money from many illegal schemes, vice-chair Monica Kowal said Monday.

Speaking at a conference on victim restitution, Ms. Kowal said the OSC has taken advantage of legal changes in 2014 that make it easier for the regulator to get court orders to prevent suspected fraudsters from liquidating or moving funds held in bank or brokerage accounts used in fraud cases.

In the year since the rule change, the OSC has received 26 freeze orders from courts involving $9-million in assets, compared to just eight freezes involving $1.3-million of assets in the year prior to the change, she revealed.

Ms. Kowal said the freeze-order power has become the OSC's most important tool to secure restitution for victims because it can be used in the early stages of an investigation and recovered money can be returned to victims under a court-ordered receivership process. But freeze orders cannot recover funds that have already been spent or hidden before regulators begin investigating, and Ms. Kowal said the OSC has limited powers to order restitution after a criminal is convicted.

"The simple truth is that people who perpetrate fraud don't pay monetary fines," she said. "It's virtually impossible to recover stolen money after the fact. By the time the person has been caught and sanctioned, the money is long gone. It's been spent or hidden, and the likelihood of finding it is extremely low."

She said the OSC is planning to create a new whistle-blower program that could improve restitution by encouraging people to alert regulators to illegality at an early stage. The OSC will unveil proposed rules for the program on Wednesday and hopes a whistle-blower system can be operational by next spring, she said.

Neil Gross, executive director of investor advocacy group FAIR Canada, which organized Monday's conference along with the Osgoode Hall Law School, said he has seen many cases where fraud victims recover none of their losses, but there is no easy regulatory change that can improve their situation.

"There's no magic bullet in all of this. There are no options that are ideal, so we're always looking at how we can make the existing options better," he said in an interview.

Mr. Gross said he doesn't believe regulators lack necessary powers to seek restitution for victims, but said part of the solution lies in greater co-ordination between regulators and lawyers involved in class-action lawsuits over recovery of funds for victims.

FAIR is also advocating for a victim restitution fund similar to a compensation fund created in Quebec, Mr. Gross said. The Quebec fund was created with contributions from participating financial companies, and pays restitution to victims who lose money because of wrongdoing by employees of those firms, such as theft by a rogue investment adviser.

Mr. Gross said the compensation fund idea should be expanded to all other provinces and should be broadened so that it no longer limits payouts only when employees were acting within their normal duties.

The U.S. Securities and Exchange Commission has used new legislation since 2002 to create so-called "fair funds," which are compensation funds set up following the resolution of cases to pay restitution to victims.

Between 2002 and 2013, the SEC set up 243 funds to pay $14.5-billion (U.S.) in restitution to victims, according to Emory University law professor Urska Velikonja, who spoke at the conference. Most stemmed from voluntary settlements.

Canadian regulators have similar powers to negotiate restitution, but have had far fewer cases than the SEC. That's due in part to the fact Canada hasn't had as many major companies convicted of accounting fraud – which have made up 29 per cent of all the SEC fair funds – or brokerage firms accused of wrongdoing, which have accounted for 21 per cent of the fair funds.

Toronto securities lawyer Wendy Berman told the conference that a key Supreme Court of Canada ruling in a case involving mutual funds accused of market timing has created an uncertain environment for companies to negotiate voluntary restitution with securities regulators because the court ruled those firms could still also be sued by investors for additional funds.

But lawyer Joel Rochon, who was involved in a class-action lawsuit in the mutual fund case, says companies facing regulatory charges still have ample incentive to offer restitution to help settle their cases, even if lawsuits could also emerge. 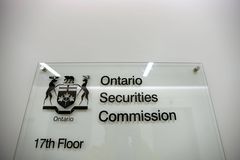 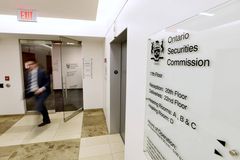 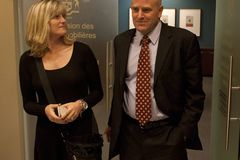 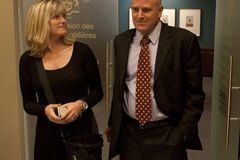