Lawyers for a Swiss advocacy group pursuing allegations of financial crimes against an Ottawa real estate company are turning to Ontario's courts to obtain sensitive financial records from three Canadian banks and a major accounting firm.

For years, the Bruno Manser Fund (BMF), a Basel-based charitable group critical of deforestation in Malaysia and related issues of corruption, has investigated the family and business interests of Abdul Taib Mahmud. He is an influential Malaysian political figure who currently serves as governor of the state of Sarawak.

At the heart of the matter before an Ontario judge are the BMF's allegations against Sakto Corp., a prominent Ottawa real estate firm founded by Mr. Taib Mahmud's daughter, Jamilah Taib Murray. BMF alleges in court filings the company may have built its fortune in part by laundering ill-gotten gains from the Malaysian timber industry.

The family flatly denies the allegations, which have not been tested in court. Neither Mr. Taib Mahmud, his family nor the companies they control have been charged with a crime. In a statement provided by Sakto to The Globe and Mail, the company said: "After years of being targeted by the same foreign activists, there is no evidence to support the baseless claims leveled against Sakto."

But BMF now hopes that documents held by banks and an accounting firm in Canada may hold the key to pursuing a private prosecution – a rare procedure that allows an individual or private organization to launch criminal proceedings if it can show sufficient grounds.

As foreign funds flow into hot Canadian housing markets, concerns about money laundered through real estate have grown. In recent reports, Canada has received tepid reviews for its effectiveness at combatting financial crimes, such as money laundering and terrorist financing.

Last fall, an international evaluation by the Financial Action Task Force (FATF), an intergovernmental body that sets worldwide standards, said Canada has made progress since 2007, but still has significant enforcement gaps. FATF warned that "little is done by [Canadian financial institutions] to verify the accuracy of beneficial ownership information."

BMF says in filings with the Ontario Superior Court that it has repeatedly raised red flags about transactions among companies controlled by the Taib family. The fund has contacted the RCMP, the Financial Transactions and Reports Analysis Centre of Canada (FinTRAC), and government departments.

A FinTRAC spokesperson said the agency is prevented by law from discussing information it may have received, while the RCMP said it does not generally confirm investigations unless charges are laid.

According to claims filed in court, about 90 per cent of Borneo's primeval rain forest has been cut down, mostly to make room for palm oil plantations, over decades when Mr. Taib Mahmud served as a state official. Lawyers for BMF allege that he engaged in "notorious and recognized corruption," using his influence to award lucrative timber licences and land leases, and to require "kickback" payments.

Ms. Taib Murray, his daughter, came to Ottawa in her youth and founded Sakto Corp. in 1983, when she was in her early 20s. Since then, she and her husband, Sean Murray, have built the company into an influential force in Ottawa real estate, and the couple is recognized for their philanthropy in the city's social circles.

BMF alleges that during Sakto's first decade of operations, the Taib family "secretly channelled" more than $29-million into the firm, which posted repeated financial losses. The funds were from company shareholders, all of whom were members of the Taib family, BMF claims.

"Over the first 10 years, [Sakto] kept running losses and shareholder capital came in," Lukas Straumann, BMF's executive director, said in an interview. "What we have is unexplained wealth, and we have quite a bit of evidence of the corruption."

No public charges have been filed against Sakto or the Taib family. Instead, the BMF is pursuing a novel private path through the courts in search of more detailed evidence of alleged misconduct. But the BMF's effort to get access to financial records that would normally require a search warrant is colliding with privacy rights.

The fund is asking the court to grant a Norwich Pharmacal order, which requires a respondent to disclose certain documents or information. In this case, BMF wants Royal Bank of Canada, Manulife Financial Corp., Toronto-Dominion Bank and Deloitte & Touche LLP to provide detailed financial records about Sakto and related companies, including beneficial ownership information.

"The defendants have provided services to the Sakto Entities and have records relevant to determining the basis of the private prosecution," lawyers for BMF argue. "As the bankers, lenders, and accountant for the Sakto Entities, these financial institutions are the only practicable source of that information."

Justice Frederick L. Myers, who heard the motion, has not yet addressed its merits. But in court filings, he writes: "The relief sought by the plaintiffs is extraordinary by any measure."

In its statement to The Globe, Sakto said: "Despite its exhaustive effort to tarnish the Sakto business and its directors, BMF, by its own admission, cannot present sufficient evidence to support a legitimate complaint. Instead it must resort to an arcane procedure and in the process deny Sakto and its leadership a fundamental right to respond."

"This covert legal manoeuvre is another example of a media stunt by these activists funded by unknown foreign entities. BMF routinely employs the tactic of filing complaints to generate news on which it can self-report online," the company said, adding: "Thankfully we will have these rehashed and repackaged allegations dealt with in a formal court of law."

An affidavit sworn by BMF's Mr. Straumann alleges Deloitte provided accounting services to Sakto. It further suggests that RBC provided Sakto with commercial loans totalling at least $20-million between 1989 and 1991 to help fund a real estate development. And it shows TD provided a mortgage worth nearly $8.2-million in 1986 to help fund the purchase of another Ottawa property. 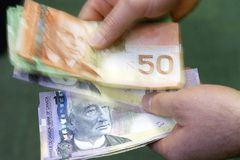 Home Capital unit under scrutiny over anti-money-laundering controls
Subscriber content
June 11, 2017
Follow James Bradshaw on Twitter @jembradshaw
Report an error Editorial code of conduct
Due to technical reasons, we have temporarily removed commenting from our articles. We hope to have this fixed soon. Thank you for your patience. If you are looking to give feedback on our new site, please send it along to feedback@globeandmail.com. If you want to write a letter to the editor, please forward to letters@globeandmail.com.
Comments are closed