The federal government will jump back in to the promotion of Canada as a tourist destination for travellers from the United States – a market it abandoned three years ago – although it has yet to commit any dollars to the effort.

Tuesday's federal budget included a mention that the government will "provide additional support" for the Canadian Tourism Commission – the Crown agency responsible for selling Canada as a travel destination – for a new initiative to promote Canada to U.S. travellers.

The project would be in partnership with commercial players in the tourism industry, who would pay for some of the costs. But the budget did not specify how much it will spend on the venture. That will be worked out "in the coming months" after Ottawa "consults with important stakeholders in the tourism sector," the budget document said.

Despite the uncertainty over funding, the travel industry is enthusiastic about Ottawa's commitment to re-enter the U.S. market.

The move "is absolutely crucial for the tourism industry in Canada because the U.S. is our largest and most important tourist market," said Charlotte Bell, president of the Tourism Industry Association of Canada, which represents Canadian tourism businesses. The industry is "extremely pleased," that the government is going to contribute, she said, because "it is the perfect time to re-enter the U.S. with a national marketing strategy."

It has been three years since federal funding helped promote Canada as a tourist destination for Americans. In 2012 the CTC had its budget slashed by 20 per cent, and sharply cut back its U.S. activities. While it continued to promote Canadian business and convention travel in the United States, it shifted its tourist marketing to other countries and halted all U.S. leisure travel promotion.

Many in the travel industry felt the move was shortsighted, given that Americans make 70 per cent of all trips into Canada. The commission said at the time that it would get a better return on investment in high-growth countries where travellers spend more per capita, and left it up to the provinces and other organizations to promote themselves south of the border.

Now, with the U.S. economy heating up, more Americans holding passports, and the relatively low Canadian dollar, the government has conceded it is time to resume promotion in the United States.

The next step is to "canvass the industry and the other potential partners to look at what we think is a reasonable co-investment model," said David Goldstein, president of the CTC, which will control the spending of the government funds. That would include which submarkets in the United States to concentrate on, and what campaigns would look like. "If it is not an industry-led initiative, it won't have the commercial relevance for it to succeed," he said.

The idea is to work in tandem with, and with funding from, the travel industry, he said. It would likely follow a plan developed by the travel industry association, called "Connecting America," which would see the federal government match private sector dollars.

The TIAC plan called for $35-million a year for three years in federal funding, although there is no indication whether Ottawa will commit that amount. One industry player said it is "not likely" federal funding will come anywhere near that figure.

Mr. Goldstein said the advent of social networks and other new digital channels means it is possible to make an impact on considerably less money than it would have taken a decade ago.

He said the CTC is already working on a digital pilot project in a couple of U.S. markets, after shifting a small amount of its budget from campaigns in other parts of the world.

Anita Gaffney, executive director of Ontario's Stratford Festival, said Ottawa's involvement in promoting Canada will be very helpful, particularly in the current environment. "It is smart and opportunistic to do it now, when the currency exchange rate is more favourable for our U.S. visitors," she said.

About 20 per cent of the festival's visitors come from the United States, and it is doing some of its own U.S. promotion with support from the provincial government. But Ottawa, through the CTC, "can go further into the States than we are able to go," particularly promoting "the brand of Canada," Ms. Gaffney said. "We can come in behind them with specific attractions."

The federal budget had some other tourism related provisions, in addition to the U.S. promotional efforts. It said Canada will expand "electronic travel authorization" for travellers from several countries, including Mexico and Brazil. That electronic screening process could eventually lead to the elimination of visa requirements for visitors from those countries.

Business travel props up economy with deep supply chain
May 12, 2018 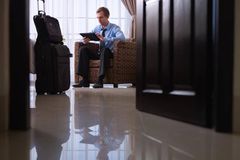 WestJet’s passenger demand grows despite concerns about Alberta economy
May 14, 2018 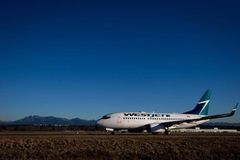 ‘Made in Canada’ budget aims to help manufacturers, small business
May 12, 2018