Ottawa is set to announce funding Monday for a network of test beds for 5G wireless technology in Ontario and Quebec.

The "5G corridor" is meant to build on existing co-operation between the two provinces as well as major tech players, The Globe and Mail has learned. The idea is to give startups and small businesses access to test environments across Eastern Canada running networks using precommercial 5G equipment.

The term 5G refers to the fifth generation of cellular network technology and some international wireless carriers are planning to deploy it as soon as later this year. The latest iteration of wireless technology will support much faster smartphone download speeds but it is also expected to enable innovations such as autonomous vehicles, smart cities and augmented-reality applications.

Navdeep Bains, the federal Minister of Innovation, is scheduled to hold a news conference with ministers from the Ontario and Quebec governments on Monday morning at 9:30.

The provinces have already been working together to support 5G research, saying in a joint statement in October, 2016, that they would invest in certain organizations aimed at developing the technology.

One of those groups, ENCQOR, is expected to be the beneficiary of funding in Monday's announcement, which will support the development of labs in Ontario and Quebec that will work together.

ENCQOR – which stands for the Evolution of Networked Services through a Corridor in Quebec and Ontario for Research and Innovation – is led by Ericsson Canada with participation from global tech companies Ciena Canada, CGI, IBM Canada and Thales Canada.

Canada's three national wireless carriers – Rogers Communications Inc., BCE Inc. and Telus Corp. – are running their own 5G tests and investing in improvements to their LTE (long-term evolution or 4G) networks. However, they are not expected to begin to deploy 5G technology for commercial use until at least 2020.

South Korea, Japan and China are racing to deploy 5G networks sooner and U.S. carriers Verizon and AT&T also have plans to roll it out sooner, focusing their early efforts on "fixed wireless" applications, which would offer a substitute for home broadband service. The 5G networks will use new types of spectrum, the radio waves used to carry cellular signals, and Canada's federal government is responsible for managing spectrum as a public resource.

Ottawa has launched several consultations and is expected to release a final framework for an auction in the 600-megahertz frequency band in the coming weeks. But the government has yet to release a comprehensive timeline for when it will make new spectrum bands available to operators.

Mr. Bains previously told The Globe that Ottawa understands the importance of spectrum for 5G networks and "wants to get it right." He said the government is supporting innovation in the meantime with a short-term deployment licence model that allows temporary access to spectrum to run tests. 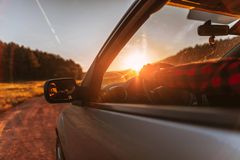