The federal government will announce Monday that it is offering coveted chunks of public airwaves to Canada's wireless industry ahead of schedule and in a manner designed to force smaller players to merge and form a more formidable competitor to incumbents such as Bell, Rogers and Telus.

In an unexpected move, Ottawa plans to auction prime spectrum in a way that would motivate an investor to buy and combine smaller struggling players such as Mobilicity and Wind Mobile, The Globe and Mail has learned.

With a federal election on the horizon, the move represents a big step in the Conservatives' high-profile political pledge to foster better service and lower prices through competition. It also comes against a backdrop of simmering tensions with the Big Three carriers, who have sometimes chafed at Ottawa's ongoing quest for fourth player in all markets, cautioning it would be unsustainable or that customers could be better served if existing firms could achieve greater critical mass.

The Conservatives have been very protective of new entrants such as Mobilicity, refusing to allow the Big Three telecom players to swallow them up, because Ottawa remains convinced the market can support more competitors.

The auction of "AWS-3 spectrum" is planned to take place before an already-scheduled offering of 2,500 MHz frequencies next April, 2015.

The spectrum is even more valuable than the 2,500 MHz variety because it functions well in both urban and rural areas and signals penetrate buildings better.

Spectrum auctions normally set aside some airwaves for only new or smaller players‎ to buy – as a means of increasing competition in the Canadian wireless marketplace. This spectrum can consequently be bought more cheaply than the rest of the auction because fewer players can bid for it.

In this new AWS-3 auction, the set-aside spectrum will be restricted for purchase by small players that are already operating in the region where they seek to acquire more frequencies.

This will make it very valuable for whoever owns Wind Mobile and Mobilicity at the time of the auction because these small carriers are already operating in key urban and suburban markets across Canada.

In order to acquire this valuable AWS-3 spectrum at a bargain price in key markets across Canada, an investor would need to go through entities such as Wind or Mobilicity.

Senior government officials said they believe they have to act soon to encourage investors to consolidate small carriers. Mobilicity is under court protection from creditors as it tries to restructure.

"It is an ideal time to inject additional spectrum into the marketplace in order to incent new wireless investors and to improve the conditions for the purchase of new entrants," a government official said.

"We recognize that, in order to continue making progress on this path, companies need clarity on how and when wireless spectrum will be allocated in the future."

The Tories forced Telus to cease efforts to take over Mobilicity this spring by threatening to cut the Vancouver-based company out of the 2,500 MHz auction in 2015. After Ottawa's warning in April, Telus notified the federal government in May that it was dropping its $350-million bid for Mobilicity.

The federal government's end game is to create a situation where struggling smaller players Wind Mobile and Mobilicity merge and the spectrum they hold gets rolled along with other spectrum into a vehicle that's sufficiently well-capitalized to succeed in the market.

Quebecor's Videotron has signaled it may be willing to become Ottawa's long-sought fourth wireless player and this past winter spent $233-million buying valuable spectrum in Canada's four most populous provinces.

But Quebecor has also strongly hinted it wants more help from Ottawa in order to make it more attractive to roll out wireless service across the country.

Canada has four substantial wireless players in a number of the country's regional markets but not, most notably, in much of populous Ontario.

Quebecor's Videotron purchased valuable spectrum to deploy service in markets across Canada this past winter but has so far held off launching service in new regions. 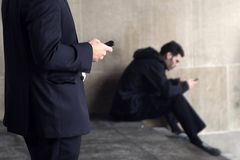 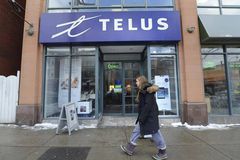 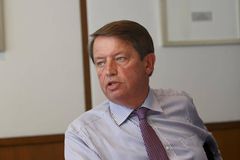