The federal government appears poised to launch public consultations on adopting corporate corruption settlement deals such as those in place in Britain and the United States in a move that finally addresses calls from the business community to tackle the issue.

Toronto trade lawyer Milos Barutciski, one of Canada's leading specialists in corruption cases, and Calgary lawyer Mark Morrison, a board member of Transparency International Canada, said on Wednesday they've heard informally that Ottawa is set to launch a dialogue as soon as later this month on the question of whether Canada should launch a deferred prosecution agreement (DPA) system.

Their comments to The Globe and Mail came after Neil Bruce, chief executive officer of SNC-Lavalin Group Inc., Canada's largest engineering firm, told analysts on Tuesday that the company believes consultations are coming. He said the development marks "a real positive next step" for the company's prospects at striking a deal that would put to rest a corruption scandal that has sapped much of its leadership's energy and resources over the past five years.

"We see that as a key element in terms of our opportunity to get into dialogue around making a formal settlement," Mr. Bruce said. "This has been an overhang since 2012. And ultimately, we would like to – in a responsible manner, and taking responsibility for certain things – we'd like to conclude and put it behind us and move on."

Prosecutors laid rare corruption and fraud charges against Montreal-based SNC in February, 2015, related to its business in Libya. The company says there was wrongdoing by executives who have since left the company and says it has since reformed ethics and compliance procedures to be among the toughest in the world. It is suing those same executives, namely former vice-president Riadh Ben Aissa, to recoup the allegedly embezzled funds and maintains the company itself did nothing wrong and should never have been charged.

Since then, SNC management has repeatedly called on Ottawa to consider letting federal prosecutors make DPAs with companies accused of corruption. These are deals by which companies typically agree to pay multimillion-dollar fines and put in place more rigorous ethics and compliance systems. In exchange, criminal proceedings against them are suspended and eventually dropped if they fulfill their obligations, sparing them a conviction that would trigger other consequences such as violating debt covenants.

In April of this year, a spokesman for the Department of Justice said the government is aware of this complex legal issue but has not taken a position on it. Now, it appears Ottawa is ready to move forward.

Justice officials did not immediately respond to a request for more information on Wednesday.

"The time is ripe for a consultation of this nature," said Mr. Morrison, who works for Blake Cassels & Graydon LLP. "It's just become increasingly evident that there is a gap in Canadian enforcement [of white-collar crime] and that a properly structured DPA regime would be helpful to plug that gap."

The Canadian chapter of Transparency International, a Berlin-based non-profit that aims to fight corruption, published a report in July urging the Canadian government to adopt a DPA mechanism modelled closely on the British system. The group said any scheme should include financial reparations, sincere compliance reform and accountability of individual wrongdoers. Other organizations, notably the Business Council of Canada and the Canadian Chamber of Commerce, have also called on Ottawa to introduce a DPA.

It wasn't immediately clear if the federal government was also moving to launch consultations on its integrity regime, which currently debars corporations for bidding on government contracts if they are charged with an offence. SNC struck an agreement with the government in late 2015 allowing it to continue bidding for federal work while the charges against it are pending.

Former SNC executives, businessman acquitted in corruption case
April 14, 2017
Opinion
Should the actions of a few bad apples ruin an entire company?
May 16, 2018 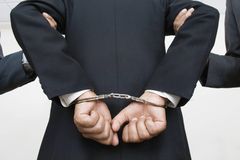