Canada's top-paid CEOs saw their compensation climb at double the rate of the average Canadian between the depths of the recession and 2013, a new study has found.

The country's 100 highest remunerated chief executive officers pulled down an average of $9.2-million in 2013, about 25 per cent more than the $7.35-million they amassed in 2008, said an analysis released Thursday by the left-leaning Canadian Centre for Policy Alternatives.

"It's a sort of a highly visible manifestation of growing income inequality in Canada," said the study's author, Hugh Mackenzie, who crunched the numbers on the CEOs of 240 publicly listed Canadian corporations on the Toronto Stock Exchange.

"I just don't think it's sustainable. I think that sooner or later public concern about income inequality is going to start to matter politically and something will have to happen."

The last time compensation for the top 100 corporate chiefs reached such a height was 2007 — the year before the recession — when it peaked at an average of $10 million, said the report titled "Glory Days: CEO Pay in Canada Soaring to Pre-Recession Highs."

The think-tank's annual review of CEO pay comes amid much political debate over Canada's income gap and the economic health of the middle class. Federal politicians have already started sharpening their pitches on these issues ahead of October's national election.

The CEO calculations include salaries as well as earnings from bonuses, share grants and stock options.

By that measure, Gerald Schwartz of the private equity company Onex Corp. earned the most of any of the CEOs, pulling in $87.9-million for 2013. The sum included $61.4-million in options and a $25.2-million bonus.

Next up was Nadir Mohamed of Rogers Communication Inc., who made $26.8-million, followed by Michael Wilson of the fertilizer producer Agrium Inc. at $23.8-million. Both men retired from their respective companies in 2013 and received large one-time payments related to their departures.

Mackenzie acknowledged that particularly large sums, like the one awarded to Schwartz, push the average upwards, but he noted that even the compensation of the 100th-ranked CEO on the list was about 30 per cent higher in 2013 compared with 2008.

In 2013, Thomas Simons of Canadian Energy Services & Technology Corp., who took home just over $4.1-million in compensation, earned the least on the Top 100 list.

The report found the compensation divide even wider for women: the average CEO in the Top 100 made 237 times the income of the average woman in 2013.

"Given the fact that the stakes and the responsibilities of these corporate leaders really haven't changed that much, one has to look a little bit more closely at what it is that's driving the premium pay for these corporate decision-makers to be so much greater now than it was 15, 20, 25 years ago," Mackenzie said.

In addition, the risks of compensating CEOs with large amounts of stock options could lead corporate bosses to focus on short-term benefits rather than the long-term well-being of their company, he said.

His report recommends changes to the tax system to address what it calls the "problem of runaway CEO pay."

Mackenzie said the government could limit how much of a CEO's salary a company can deduct from its taxes.

The review also offers other suggestions including: the introduction of a more steeply graduated tax system and putting an end to the treatment of stock options as a capital gain, so they're no longer taxed at half the rate of ordinary income.

But even with so much attention paid to Canada's income gap, recently released data suggested the disparity shrunk somewhat between the country's biggest income earners and the other 99 per cent after the 2008-09 recession.

A November report by Statistics Canada found the highest-earning Canadians — the so-called top one per cent — saw their share of the country's overall income fall to 10.3 per cent in 2012. The drop followed a peak of 12.1 per cent six years earlier.

The agency said the six-year period marked the first "prolonged" stretch in 30 years when the income share of earners in the lower levels stabilized or grew. 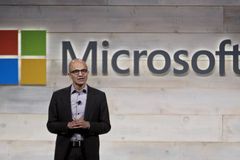 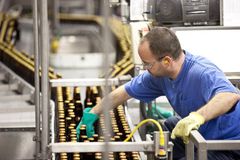