Two things happened in the recent proxy contest to elect the board of Agrium Inc. that ought to concern corporate directors and everyone who invests in Canadian stocks.

The first was Agrium's decision to pay 25 cents a share to investment advisers if their clients voted their shares in favour of the company's slate of board nominees, rather than for the slate of directors put forward by hedge fund Jana Partners. Depending on the number of shares voted, advisers could earn up to $1,500 for each retail client who supported Agrium's full slate of board nominees, provided Agrium's slate won the contested board election.

The second issue was Jana's promise of payments to its own nominees for Agrium's board. In addition to a $50,000 cash payment, each of those nominees was to receive a portion of Jana's net profits on its Agrium stock. Because Jana owned over $1-billion in shares, each of Jana's board nominees potentially could receive millions of dollars.

On the first issue, the Canadian Coalition for Good Governance, an organization of institutional shareholders I represent, views this "vote buying" behaviour as inconsistent with the basic tenets of shareholder democracy. Agrium's payments to investment advisers represent a practice which, in the context of a contested proxy fight to elect a board of directors, has occurred only once before in Canada, as far as the coalition is aware.

Agrium's board authorized the use of company cash to pay investment advisers only if their clients voted to re-elect the existing directors. This ignores the fact that directors are fiduciaries. Self-preservation is not a reason to spend corporate resources. As stated by Benjamin Cardozo, a famous American jurist, 85 years ago: "Many forms of conduct permissible in a workaday world for those acting at arm's length are forbidden to those bound by fiduciary ties. A trustee is held to something stricter than the morals of the market place." Payments by Agrium would seem, on their face, to breach directors' fiduciary duties to act in the company's best interest rather than in their own best interest. It might even constitute "oppression" under the Canada Business Corporations Act and may violate Canada's proxy solicitation rules. Even if Agrium's payments are not unlawful, they certainly do not pass the "smell test" of what constitutes good governance.

Jana's proposed payments to its director nominees – so-called "golden leash" payments – are disturbing too. They call into question whether its board nominees are conflicted, and therefore whether they will satisfy their fiduciary duties to act in the company's best interest rather than in Jana's or their own best interest.

The proposed payments were based on changes in Agrium's stock price over a period of up to three years. A reasonable person could conclude that such directors would have the incentive to make decisions that are expected to increase their own compensation over that time – by approving projects for short-term value maximization, for example, rather than for the long-term best interests of the corporation. Had Jana's nominees been elected, those payments, made to only Jana's nominees, could also create a dysfunctional, fragmented board comprised of two distinct groups of directors. Even if the payments are legal, they violate the principles of good governance. (No Jana nominees were elected at the shareholders' meeting in April.)

The Coalition for Good Governance believes that vote buying and golden leashes used in the battle for control of Agrium fly in the face of what Canadian shareholders deserve, and should not be allowed. Even if these practices currently are not prohibited or could be altered to make them less offensive, the coalition urges directors to raise the bar and consider whether their actions pass the test of what is ethically acceptable rather than merely lawful. Only then can Canadian shareholders be expected to have confidence that directors are conducting themselves, to again quote Benjamin Cardozo, "at a level higher than that trodden by the crowd."

Stephen Erlichman is the executive director of the Canadian Coalition for Good Governance, a group of Canadian institutional investors that together manage approximately $2-trillion in assets. 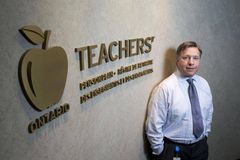 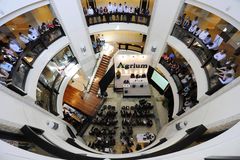