Pierre Karl Péladeau had a tough time breaking away from Quebecor Inc. when he left the media empire in 2014 to try his hand at politics. A return, should he choose that route, might be a whole lot easier.

In a surprise announcement Monday, Mr. Péladeau said he has stepped down as leader of the Parti Québécois – renouncing an ambition to lead Quebec to independence in a decision he pinned on the well-being of his family and children. He gave no hint of what he planned to do next.

Quebecor shares inched up 0.7 per cent in Toronto trading Monday, to $33.81. They've gained about 36 per cent since March 9, 2014 – the day Mr. Péladeau pumped his fist and declared he would enter politics to make Quebec a country.

"Quebecor's been on a decent run" over that time, said Louis Hébert, a management strategy specialist at Montreal's HEC business school. "There may be a period of uncertainty around the company until Mr. Péladeau clarifies his intentions. But he doesn't need to return to work. Given his personal situation, will he even want to come back in the near term or medium term? We'll see."

He stepped down as Quebecor chairman when he announced his plans to enter politics and pledged to place his financial interest in the company in a blind trust if elected. He won a seat a month later and eventually became PQ leader. Steps were taken to put his stock at arm's-length but a blind trust was never finalized.

In those early days after he launched into politics, Mr. Péladeau remained actively involved in Quebecor operations despite no longer holding a senior management or director position. Sources have since confirmed that the departure of then-Quebecor chief executive officer Robert Dépatie and board chairwoman Françoise Bertrand in the weeks that followed were directly related to the unease created by this blurring of the lines of authority.

Brian Mulroney, Canada's former prime minister and long-time Quebecor board member, is believed to have resolved the situation and became chairman of the company at its 2014 annual meeting. Pierre Dion, who ran Quebecor's broadcast business TVA Group for almost a decade, became CEO around the same time.

Quebecor issued a statement Monday saying its management learned about Mr. Péladeau's decision with everyone else and extended its support to him. It said it wouldn't comment further. A spokeswoman for Mr. Mulroney said he was unavailable to comment. Mr. Péladeau also declined to elaborate more after reading a five-minute statement to the media in which he was visibly emotional.

"It seems a lot of things are on his mind right now," said Maher Yaghi, an analyst at Desjardins Securities. "And it's not like Quebecor right now is in desperate need to some kind of intervention. The company's doing very well under the management that's currently there so he can take his time before deciding to go back."

Mr. Yaghi said he does not believe Mr. Péladeau will change Quebecor's strategic direction should he decide to return to management or the board. The company has retreated back into its home market by abandoning its national newspaper ambitions with the Sun chain sale. And the introduction of the company's LTE wireless network and continued smartphone adoption by customers should fuel its growth in the quarters ahead, the analyst says.

"He was there when the current strategy was operational and in place," Mr. Yaghi said of Mr. Péladeau. "After he left, the company did not change its strategy or its direction. And if he comes back, I don't think it it will change either." 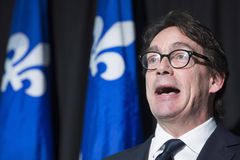 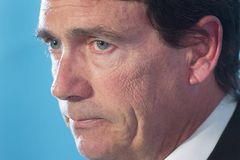 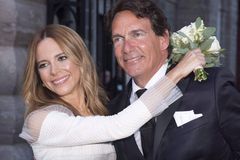 Opinion
Quebecor, like the Habs, needs to improve next year
April 21, 2016 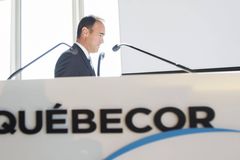