Three of Canada's largest pension fund managers are protesting powerful new legislation that would include pension plans among the key financial players to be governed by a new regulator overseeing systemic risks in Canada's capital markets.

The three pension plans, all representing public sector workers in Ontario, argue it is unnecessary and even inappropriate to bring pension plans under the supervision of a proposed new national securities regulator in Canada, which is being given expanded authority to oversee so-called systemic risks that can threaten the stability of Canada's stock markets.

The Healthcare of Ontario Pension Plan (HOOPP), the Ontario Municipal Employees Retirement System (OMERS) and the Ontario Teachers' Pension Plan Board submitted a joint comment letter in December to federal Finance Minister Joe Oliver urging officials to remove pension plans from the draft Capital Markets Stability Act, which is still under review and has not yet been adopted.

HOOPP chief executive officer Jim Keohane said in an interview the act gives the proposed new regulator unprecedented powers to order companies or funds under its control to do anything it deems necessary to prevent systemic risks in the financial system.

"This act, as it reads right now, gives this regulator unbelievable powers that no other regulator in the world has," he said.

"It can prohibit or restrict any business activities that we undertake. It could force us not to trade securities. The regulator can at its discretion order us to do anything it deems necessary to address systemic risk. It's completely open-ended," Mr. Keohane said.

The act is one of two new pieces of legislation published together in September that would create a new federal-provincial securities regulator, and separately create a new national systemic risk oversight regime to be managed by the regulator. Public comments on both acts were due in December, but the legislation is still under review.

The regulator would have powers to designate an organization as "systemically important" if its activities could pose a systemic risk to the markets based on a variety of criteria, including its size, the volume of trading it conducts, the extent of its "interdependencies" in the market and the complexity of its business.

With approval from the federal finance minister, the regulator would have the power to require systemically important organizations to sell securities, increase capital or financial resources, abandon proposed mergers, implement wind-up plans, terminate business activities or "to do anything else that is necessary to address the risk."

Breaches of the act carry fines up to $25-million.

A federal Finance Department official, who did not want to be identified, said the legislation was based on "international precedents" including systemic risk standards published by the global association of securities regulators known as IOSCO. Pension funds were included because there is "international guidance to broadly address potential risks associated with products, institutions and markets," he said in an e-mail.

He added the international Financial Stability Board, which was created in the wake of the financial crisis to co-ordinate global efforts to stem systemic risk, is now developing a framework to identify which organizations are systemically important beyond banks and insurers. "We are also monitoring developments in this regard," he said.

Mr. Keohane said he fears the regulator's proposed powers are so broad it could tell pension plans what to buy or sell, including critical financial instruments that create liquidity when markets are in crisis.

"The way this reads right now, they could designate us as a capital market intermediary and tell us we have to buy assets off a bank," he said. "This thing says they can tell us to do anything."

The pension plans argue they do not fit within the mandate of the act, which is intended to control organizations in the business of trading securities. They say they are in the business of paying pension benefits to members, and already operate under regulations requiring conservative investment strategies.

In a Dec. 8 comment letter addressed to federal Finance Minister Joe Oliver, the funds said they are not the same as brokerage firms or banks because they are not highly leveraged, and are indeed generally prohibited from borrowing money.

Mr. Keohane said regulators concerned with risky securities such as subprime loans or non-bank commercial paper, both of which have caused collapses in the financial system in the past, should focus on the dealers that issue them and not investors who hold them.

"Can we lose money on things? Sure. But would that cause a systemic issue? No," he said. "I understand the importance of creating systemic stability, and those entities that could cause systemic instability should be watched. But we're not one of them."

The pension funds also complain there is limited ability to challenge the regulator's orders under the act. The legislation says the regulator must give organizations "an opportunity to make representations" but there is no suggestion that would include the right to have a full hearing with oral arguments and expert witnesses, nor the right to receive reasons for decisions.

Many securities lawyers have taken issue with the lack of clarity about due process and appeal under both new pieces of legislation, arguing the new regulator is being given expanded powers with less ability to challenge certain types of decisions.

Securities lawyer Phil Anisman said Monday he submitted a comment letter urging revisions to both acts. It argues the right to "make representations" suggests there will be a process that is "less formal and may involve a lesser standard of due process" than the right to a full hearing.

The Finance Department official said there were many comments submitted about procedural fairness, "and these are being carefully considered."

Mr. Keohane said he would not have supported the project to create a new securities regulator in Canada if he had known it would also come with legislation giving the regulator oversight of pension funds as part of its systemic risk mandate.

"To me it's a bit of a bait and switch. They get you to support a central regulator, and then they put in this," he said. 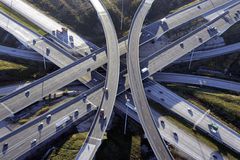 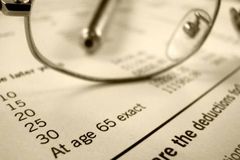 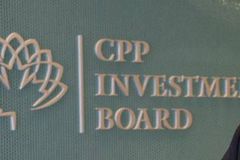 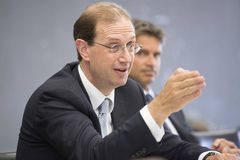