Peter Munk, a refugee from Hungary who built Canadian businesses in real estate, oil and electronics, is getting ready to bid farewell to the company he transformed into the world's largest gold producer.

The fedora-sporting tycoon, who turned 86 on Friday, is about to leave Barrick Gold Corp. The industry behemoth he started with a small stake in a Northern Ontario mine is now struggling to regain investor confidence following two years of declines in prices for the precious metal.

Booms and busts have defined Mr. Munk's life. He was born into a wealthy banking family in Budapest, but the Nazi occupation of his homeland during the Second World War forced them to flee. The Munks used most of the family fortune, held in cash and gold, to board a train in 1944 to Switzerland. About four years later, Mr. Munk left England for Toronto, where he lived with his aunt and uncle.

Toronto-based Barrick's roots date back to when he formed a partnership with mining engineer Robert Smith in 1984. The two men went on to discover and develop the fabled Goldstrike mine in Nevada.

With Mr. Smith's mining know-how and Mr. Munk's financial expertise, they formed a close bond. As Barrick's president, Mr. Smith saw the gold mine's potential in 1988, when he declared: "Goldstrike is the future of this company."

The success at Goldstrike gave Barrick the resources in 1994 to acquire Toronto-based Lac Minerals Ltd. for $2.3-billion. The deal gave the two mining executives the opportunity to nurture Lac's gold assets in South America, including the costly Pascua Lama gold project (which it recently shelved).

Mr. Smith's sudden death in 1998 from adult respiratory distress syndrome shook Mr. Munk. "This has been a horrendous shock to me, the company, the family and those close to Bob," Mr. Munk said at the time.

Generous with his wealth, Mr. Munk has poured millions of dollars into Toronto, establishing a cardiac centre as part of the city's University Health Network.

In the boardroom, Mr. Munk was not as gregarious.

Mr. Oliphant had been the face of the company's hedging strategy, which fixed the price that Barrick would receive for its gold. That worked well for Barrick when the price of gold languished below $300 (U.S.) an ounce. But when bullion started to climb, the company was unable to profit from the spot prices and the hedges became a major liability.

The company eventually unwound its entire hedge book in the fall of 2009 when the price of gold was above $1,000 an ounce and recorded a charge of nearly $6-billion.

Under Mr. Wilkins, a race car driver who died of cancer in December, 2009, the company made a play for Vancouver-based Placer Dome Inc. As the price of gold rose, Barrick along with other gold companies had hunted for acquisitions to replace their resources. Barrick launched a $9.2-billion hostile bid for Placer in 2005, on Halloween. It eventually sweetened the offer and bought the company for $10.4-billion.

That perhaps was one of Mr. Munk's proudest moments. "I can't help [but] to sit back and say that what we've done here has been spectacular," Mr. Munk said at Barrick's annual meeting in 2006.

The company had eclipsed Newmont Mining Corp. as the world's biggest gold producer and Mr. Munk let the world know that the company intended to flex its muscle.

"There is a new world out there and woe to those in the mining industry who do not recognize that," he said at the time. "The possibility of finding large mines today without major competition from big competitors is gone. So unless you can play in that league, vacate the field."

It was with that mindset that Mr. Munk went on to acquire the now ill-fated copper company Equinox Minerals Ltd. for $7.3-billion in 2011. A year later, with metal prices falling, Mr. Munk ousted Barrick's chief executive Aaron Regent citing the company's stock performance. The stock was trading around $40 a share at the time; it is now about $18.

Barrick has subsequently recorded a $4-billion writedown for Equinox Minerals as well as $5.1-billion for its Pascua Lama mine.

Now, Mr. Munk and his board are facing criticism from shareholders who say there is a need for fresh blood.

Peter Munk to step down as Barrick chairman
November 8, 2013 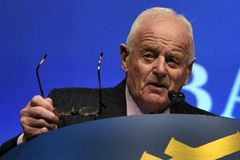 Workers at Barrick’s Pascua Lama mine vote against strike
November 7, 2013 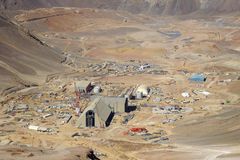 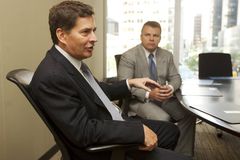 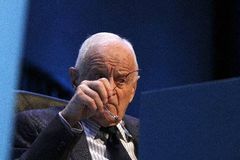