Pipes containing asbestos are being installed in new condominiums, hospitals and high-rises in Canada, despite widespread health concerns that have led many countries to ban its use.

The new installations come as cities across the country are spending millions of dollars to manage and remove asbestos materials from public buildings such as schools, community centres, courts and medical facilities.

Unlike most other developed countries, Canada has never banned the use of asbestos and continues to import and export asbestos-containing materials, such as pipes and tiles, The Globe and Mail has reported.

Asbestos-cement pipes are allowed in both Canada and the United States, though there are regulations about how to cut and dispose of them. It is unclear how many asbestos-cement pipes are being installed in Toronto and other cities, and there appear to be no central records of where asbestos is being used. Once the products are imported into Canada, it's difficult to pinpoint where it actually gets sold. A key concern is that many workers, tenants and owners may not know asbestos materials are in their buildings, raising the risk of accidental exposures particularly in the event of a fire, or as the materials start to deteriorate.

The World Health Organization has declared all forms of asbestos carcinogenic and recommends its use be eliminated. In Canada, asbestos has become the top on-the-job killer, causing diseases such as mesothelioma and asbestosis. Evidence has found even low levels of exposure raise the risk of cancer.

The distributor of some of the pipes is Portneuf, Que.-based Tuyaux Logard Inc., whose owner said Toronto is a key market for the company.

All of Logard's pipes contain asbestos. They are imported from other countries including Mexico, while Logard cuts and distributes them to contractors in Canada. The company, which employs about 25 people, wouldn't disclose its revenue or volumes imported for competitive reasons. But Statistics Canada trade data show Canada imported about $2.2-million in asbestos-containing pipes, tiles, sheets, panels and tubes from 2010 to 2013.

Logard also supplies contractors through Ontario and Quebec, and on occasion, the Maritimes, the company's owner Louis Beauregard says.

Another recent customer was the McGill University Health Centre, he said, a billion-dollar-plus, Montreal mega-hospital which was built by SNC-Lavalin. SNC-Lavalin said in an e-mail the pipes are used in stormwater drainage and noted the only risk with this type of pipe is "when it is being cut upon installation," a risk that is regulated by the province . "There are no risks associated with this type of piping once installation is completed," the company said.

Logard is not the only supplier of asbestos-cement pipes in Ontario. Brampton-based Crowle Fittings and Supplies distributes them through the Greater Toronto Area as well (imported from Mexico) and says a "good majority" of the high-rise buildings going up in Toronto are using them, in parking garages or running up to the roof.

Some provinces have boosted restrictions on asbestos, which has curtailed use. In British Columbia, "tightened current regulations have generally stopped the current use of asbestos-cement pipes," said Al Johnson, vice-president of prevention services at WorkSafeBC. The issue of safe use has surfaced at Ontario's Ministry of Labour. The ministry said in an e-mail that it has encountered cases of employers or contractors who are not following the rules, noting that in those cases a provincial inspector can stop the job. "It is always a concern for the Ministry of Labour when asbestos is being installed or removed in a workplace," the ministry said.

The Globe and Mail visited a dozen construction sites in Toronto, Markham and Vaughan, from luxury condos to commercial offices. Asbestos-cement pipes were being installed in at least eight of the sites, principally for drainage. The pipes were stamped with the word "asbestos" on them.

The concern, people in the industry say, is that proper procedures are not always followed and that the fibres could become airborne, endangering both workers on the site and future occupants in buildings.

Tom Kelly, president of Inscan Kaefer Inc., an insulation and asbestos abatement company, says it's incongruous he's being asked to remove precisely the same types of pipes that are now being newly installed.

"The regulations are largely geared to removing it," Mr. Kelly said. "We weren't anticipating that new piles of this stuff would be installed."

Mr. Kelly is concerned that a lack of awareness among workers will lead to inadvertent exposures during installations. He also has specific concerns: that the improper use of a handsaw or power saw could generate dust; that, even if a site is wet, fibres could become airborne as it dries; that waste or cut-off pieces of pipe are not being disposed of properly; and that workers may be cutting and working with parts of pipes that don't have the asbestos stamp on them.

Regulations stipulate that owners keep a record of all asbestos-containing materials in a building and that tenants and contractors be notified of their presence in the area. He's worried that's not happening. "This would pose a future risk if, for example, maintenance workers are not aware of the requirements for working with the product."

Developers may not be aware asbestos materials are being used in construction. "The developers themselves, a good number of them probably wouldn't know what's going on in the garage drainage system," said Michael Steele, director of technical standards at the Residential Construction Council of Ontario, which represents builders in the province.

Asbestos-cement pipes may also be known as transite or fibrocement pipes.

Logard's Mr. Beauregard says the pipes are safe, provided workers take precautions such as using a snap or crack saw, wearing a proper mask and keeping the site damp while cutting. The pipes his company sells are 13-per-cent asbestos .

Crowle's Ken Dyble acknowledges that not everyone may be following proper procedures. "There is still a concern that somebody's going to take a quick-cut saw to it and we don't like seeing that happen. Most people are using chain or snap cutters now," he said. "You're always going to have somebody that's going to do something stupid, unfortunately; it's like that with every product."

Logard's Mr. Beauregard says safety concerns are out of touch with modern-day practices and there is little risk if proper precautions are followed. "I just question how some people arrive at the conclusion that it's impossible to work with cement pipes or asbestos cement pipes safely," he said in a June telephone interview with The Globe.

He said the key advantages of asbestos-cement pipes are that they are less expensive, quieter, stand up better to heat and freezing, and are flame retardant. His pipes are mainly used for industrial, commercial and high-rise buildings , he said.

The World Health Organization notes that asbestos cement is a "particular concern" because it's difficult to control exposure and because of the potential for materials to deteriorate over time.

By contrast, the federal government's long-standing position is one of safe and controlled use of asbestos. Some workers are concerned the stamps fade over time and that shortened pieces of the pipe won't have those labels.

Rolf Priesnitz, director of Centre for Construction and Engineering Technologies at George Brown College, says the chief concerns about asbestos pipes are that fibres could become airborne during the installation process and that these pipes will in future decades break down, leaching asbestos into the city's water system.

Safer alternatives include cast iron, plastic and ordinary cement pipes, he said. "I don't see any reason whatsoever in this day and age to have anyone install transite pipe. You have alternatives that are better," he said.

In the long run, "it is a concern for people who maintain buildings with asbestos pipe or if fire or other disasters damage the pipe or when the building is torn down," says Paul Demers, University of Toronto professor in public health and director at Cancer Care Ontario.

Several papers published this year have found elevated cases of mesothelioma (a form of cancer caused almost exclusively by asbestos exposure) among firefighters, which in turn "supports the fact that when buildings burn, asbestos can be released from building materials," he said, adding that fibres can also be released from deteriorating pipes.

The high cost of managing and removing asbestos in buildings is another reason some would like to see asbestos use eliminated. "Life would be a lot easier if you could say, 'I just built an asbestos-free building,'" said Mike McCoy, director of facilities management for the City of Toronto, adding that it's tricky to know which materials have asbestos.

The continuing use of asbestos pipes is a concern to Fred Clare, who has worked with asbestos since 1970 and watched a dozen of his colleagues die of asbestos-related diseases.

"I don't want my children and grandchildren having to do what I did. This material has to be banned," said Mr. Clare, vice-president of the International Association of Heat and Frost Insulators and Allied Workers, which used to be called the union of asbestos workers. "Are we going backwards now, in seeing it installed again?"

With reports from Tara Perkins and David Hains in Toronto 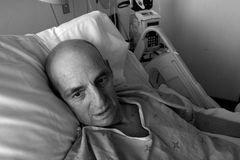 Explore the data and details behind The Globe's project on the dangers of asbestos
June 16, 2014
Ottawa's sunny outlook on asbestos is out of step with the facts
June 16, 2014 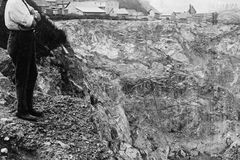