A plan to lift Stelco Inc. out of creditor protection is backed by the Ontario government and one of the steel maker's union locals, but another union local, the city of Hamilton and a former president of the company oppose the proposal.

A restructuring agreement backed by Ontario and local 8782 of the United Steelworkers union calls for Bedrock Industries Group LLC to lease the land the steel company's mills are located on, pay off a secured debt owed to former parent United States Steel Corp., and provide money to partially finance pension plans and health-care benefits.

The deal will enable Stelco to "emerge as a stand alone steel manufacturer with a restructured balance sheet and sufficient liquidity so that it will be able to compete in challenging steel market conditions," Ernst & Young, the monitor appointed by the Ontario Superior Court, said in a filing before a hearing on the plan scheduled for Thursday.

The restructuring proposal calls for Bedrock, a Miami-based metals and mining company, to make a $30-million upfront payment to Stelco's pension plans, another $10-million a year for the five years beginning Jan. 1, 2017, and $15-million annually for 15 years beginning in 2022.

Another upfront payment of $30-million will be made to finance health care and other benefits along with $15-million in annual contributions and 6.5 per cent of free cash flow to a maximum of $11-million.

Bedrock will make a $61-million (U.S.) payment to the Ontario Ministry of Environment and Climate Change to cover potential environmental liabilities and would pay off the $120-million (Canadian) secured claim held by U.S. Steel.

If the deal is approved, the Bedrock purchase would end a saga that began with the takeover of Stelco by U.S. Steel in 2007.

The years of U.S. Steel ownership included battles between the Pittsburgh-based company and the Conservative government of Stephen Harper, which approved the purchase, as well as lockouts of unionized workers at mills in Hamilton and Nanticoke, Ont., on three occasions.

U.S. Steel sparked a battle with Haldimand County in Ontario and shudders in other municipalities when it won a court order during one of the lockouts saying it did not have to pay municipal income taxes because the mill in Nanticoke was not operating.

But local 1005 of the steelworkers, which represents workers in Hamilton, the city itself and former company president Robert Milbourne say the Bedrock plan does not address their concerns.

Union members and retirees in Hamilton will have their benefits reduced by 30 per cent from full funding levels, while workers in Nanticoke will receive 100-per-cent funding, local 1005 said, describing such a move as "blatantly unfair."

The plan shortchanges the funding of both benefits and pensions, local 1005 president Gary Howe said Wednesday.

One of the conditions of the deal is that local 1005 agree to changes in its collective agreement.

A court filing by the city of Hamilton said the plan does not include the payment of $7.8-million in property taxes that will be owed by the steel maker as of March 31, 2017.

Part of the plan that includes hiving off 513 acres of Stelco land in Hamilton to be sold and redeveloped was done without consultation with city officials, the filing added.

Mr. Milbourne and his wife receive pension and benefits payments via several separate agreements he made with Stelco and say their interests are not represented by the union or lawyers for salaried employees and retirees.

A filing by the steelmaker said it might have to be liquidated or sell off parts of its business if stakeholders reject the plan.

A version of the Bedrock offer obtained by The Globe and Mail earlier this year showed the company was prepared to offer $504-million in cash, creditor repayments and other investments to win the bidding. 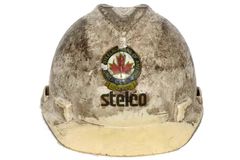 Stelco seeking court approval on restructure following Bedrock agreement
December 11, 2016
U.S. Steel Canada changing name back to Stelco
December 1, 2016
Follow Greg Keenan on Twitter @gregkeenanglobe
Report an error Editorial code of conduct
Due to technical reasons, we have temporarily removed commenting from our articles. We hope to have this fixed soon. Thank you for your patience. If you are looking to give feedback on our new site, please send it along to feedback@globeandmail.com. If you want to write a letter to the editor, please forward to letters@globeandmail.com.
Comments