The Port of Montreal is pushing ahead with a $750-million plan to build a new container terminal on the southern flank of the St. Lawrence River, an attempt to keep pace with the massive infrastructure investments of U.S. rivals.

With five container terminals now operational and space almost exhausted on the island of Montreal, the federal agency that oversees the port is turning to sites off the island to meet anticipated growth. Environmental hearings on the project, located 40 kilometres downstream from Montreal in Contrecoeur, will begin this month. If it receives regulatory approvals, the first containers could be unloaded at the new facility in mid-2023.

"We are reaching a higher number of boxes every month, so we need to plan ahead," said Daniel Dagenais, vice-president of operations at the Port of Montreal, to reporters on Thursday after presenting a project update. With Contrecoeur online, the port's capacity would increase to 3.5 million TEUs (20-foot equivalent units) from 2.1 million.

East Coast ports such as New York/New Jersey, Philadelphia and Baltimore have spent an estimated $9-billion in recent years to upgrade and build out their container facilities as global economic activity continues to firm up. Montreal recognizes that it will lose business to those competing ports if it does nothing. With 80 per cent of Canada's container traffic with the European Union passing through Montreal, the port also expects to benefit from the new Comprehensive Economic and Trade Agreement with the EU.

Plans for Contrecoeur call for a 675-metre-wide docking platform with eight loading cranes and a container storage yard. It would be capable of accommodating two ships at once. The port facilities would be connected to existing rail lines and nearby highways. Some 1,200 trucks and one train per day would transport goods in and out.

Rarely are there no hurdles to a project of this size, and Contrecoeur is no exception. Among them, the port faces questions about habitat destruction for at least two special-status animal species living near the project site: the western chorus frog and the rare copper redhorse fish.

An environmental impact assessment done by Montreal engineering firm SNC-Lavalin Group Inc. found that the animals would likely come under increased pressure from industrial development around Contrecoeur. The copper redhorse, which has been designated endangered by Canadian authorities, would be particularly sensitive to the shoreline erosion expected from future phases of the project, the study said, whereas impact on the chorus frog, which is considered threatened in that area, is more difficult to predict.

Port officials insisted the possibility of the fish and amphibian derailing the project are remote. They said mitigation measures would be implemented, including recreating a habitat for the redhorse downstream, where conditions are of higher quality. As for the frog, it is largely prevalent in a nearby area outside the project boundaries, so it would be unlikely to be affected because it's "too far away," Mr. Dagenais said.

Another potential challenge to the Contrecoeur project could come from the port of Quebec City, which announced plans in December to expand its facilities with a new container terminal at Beauport. That site has a water depth of as much as 15 metres, an attractive attribute for shipping companies seeking to dock bigger ships and achieve superior economies of scale. Montreal, by contrast, has better market access but has always been limited as a port by the fact its waters are more shallow.

"I don't think there's any commercial justification to have both" projects, said Brian Slack, a maritime transport specialist and professor emeritus at Montreal's Concordia University. "One of the issues is going to be money."

Discussions on financing the Contrecoeur project are under way but have not been finalized, Port of Montreal spokeswoman Sophie Roux said. She said operators have also shown interest in the facility but no deals have been signed. 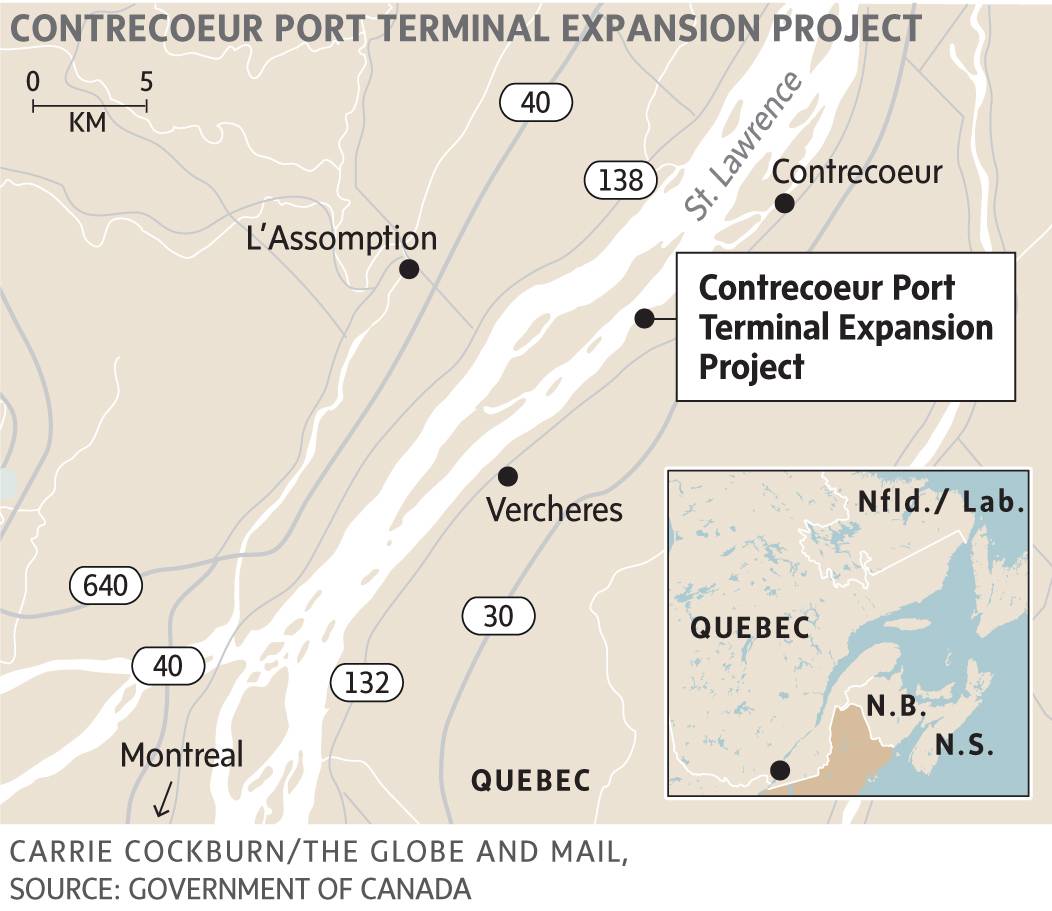