Canadians, so it seems, have had very little reprieve from election brouhaha.

Two years ahead of the next federal election, the Tories are already working on their pitch, casting themselves as the Canadian consumer's best friend in a series of measures to be unveiled in Wednesday's Throne Speech.

In Central Canada, meanwhile, minority governments could fall or, more likely, commit hara-kiri in a bid to secure a majority. This is especially true in Quebec where, for the past month, Premier Pauline Marois and her cabinet ministers have unveiled subsidized investments with the ticking regularity of a metronome.

It is a gamble for Ms. Marois to call an election, which could well produce another minority government given how close the two main parties remain in the polls. And yet Ms. Marois is having a hard time quieting rumours of a December election. Belgian painter René Magritte's famous ceci n'est pas une pipe comes to mind; if the $2-billion job-creating policy unveiled a week ago was not an electoral platform, it was a very good representation of one.

But there is something off with the manufactured image of the Péquistes as job creators and the Tories as friends of the little guys. It doesn't jibe with reality.

Let us forget for a moment that Finance Minister Jim Flaherty actually asked Canadian banks not to reduce mortgage rates, and look at the Conservatives' track record as consumer defenders.

Like the wolf in the three little pigs story, the Tories have tried to bring down the brick house of the incumbent telecom companies, but after years of huffing and puffing, they still have little to show for it, with the exception of Vidéotron in Quebec. Newcomers are struggling to stay alive. Worse, the Conservatives' unpredictable foreign investment policy, which professes to welcome international carriers, but which may also reject them – case in point MTS Allstream – will likely scare away prospective competitors.

Take air transportation. It is fine to slap an airline on the wrist when it loses a passenger's luggage or bumps a ticket holder, but why stop there? A true friend of the traveller would look into the roughly $250-million in airport rent fees Ottawa charges to airlines. If the government gave a break to carriers, they in turn could pass those savings along to travellers and regain the clientele that is driving to American airports such as the one in Burlington, Vt., in search of cheaper fares.

And while we are at the border, why not look into tariffs? This is a lot to ask for: Canada has 8,192 tariffs, each with 18 tariff treatments. But if the government were sincere, it wouldn't let Canadians pay more than they should for milk, cheese and eggs – especially the poorest for whom the grocery bill weighs heavily on their finances.

Granted, it might be political suicide for the Conservatives to touch tariffs that have protected farming industries that are considered sacred cows. But at the very least the Tories should get rid of the tariffs that protect bygone industries such as basic T-shirt manufacturing. That would ease the nagging price gap between the U.S. and Canada.

And did we mention banking fees or the ease with which businesses can get a loan? As robust as Canada's banking system is, it is essentially shielded from foreign competition. Moreover, banks no longer have to submit themselves to the federal ombudsman that examines banking complaints since Mr. Flaherty graciously allowed them to opt out.

The Quebec government is no more credible when it tries to depict itself as a great job creator. In the past year, a mere 11,000 positions were added in a province where growth and employment have flatlined. Granted, the Parti Québécois has no influence on the U.S. economy or on the prices of the commodities it produces. But it has full control on the way it presents itself to the world. That message has been largely inhospitable to businesses and investors, even ignoring the embarrassing corruption scandals.

Quebec's habit of changing the rules of the game, in the mining sector, for instance, gives it an air of unpredictability. Then there is the strong green presence in a PQ cabinet, which often puts environmental considerations ahead of economic development as if no middle ground can be found. And there is the coming Charter of Values with a civil servant dress code that makes Quebeckers look like a bunch of xenophobes.

As if to make up for that image, the PQ government feels it has to throw subsidies at every investor or give away to companies the electricity the province produces in overabundant quantities – who cares as long as it is Hydro-Québec's customers who foot the bill, right?

But the PQ's "Putting Jobs First" and the Conservatives' "Seizing Canada's Moment" are sure to catch the eye. 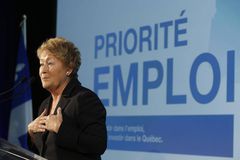 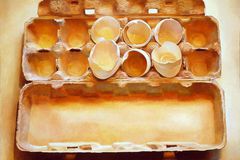 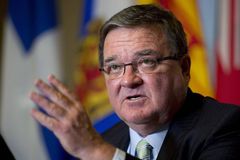 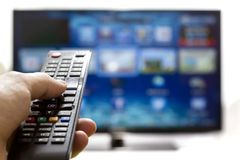 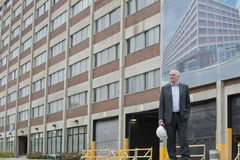