CAROLYNNE WHEELER
LONDON
Special to The Globe and Mail
Published October 1, 2013 Updated May 11, 2018

"There clearly are more sellers than buyers of Canadian energy assets at the moment," said Mr. Prentice, a former industry minister and now senior executive vice-president at Canadian Imperial Bank of Commerce, in an interview ahead of an address to the annual Oil and Money Conference in London Tuesday.

"I am not advocating the policy be changed in respect to the oil sands, but I do think we need to continue to reassure foreign investors."

Figures cited by Mr. Prentice show foreign direct investment into Canada's energy industry this year is at $2-billion so far, compared with $27-billion in the same period in 2012.

A year ago, Mr. Prentice addressed a similar crowd warning of the importance of CNOOC's $15.1-billion bid for Nexen as a bellwether for Canada's investment climate. That deal, along with a $5.2-billion purchase of Progress Energy by Malaysia's Petronas, passed government review in December 2012, but was accompanied by new conditions for foreign investment into Canadian resources. Any foreign state-owned enterprise bid for a Canadian resource company will come under automatic review if it exceeds $330-million.

Investment from Chinese state-owned enterprises in Canada has dropped off in the months since, with CIBC research citing just one major deal this year – Yanchang Petroleum's purchase of Novus Energy for $232-million.

"The new rules in relation to state-owned enterprises investment have had a bearing," said Mr. Prentice, who also cited the "infrastructure deficit" off Canada's west coast as a major concern for investors: the ongoing Canadian debate over the proposed Northern Gateway pipeline, delays to the Keystone XL project and Canada's failure to build an LNG terminal.

However, others specializing in Canada's relations with China acknowledge there are a multitude of factors at play, some of them within China itself: a change in the country's leadership, a new focus on more sustainable growth and a crackdown on corruption and graft which has enveloped some of China's leading oil firms. The entire senior management at CNPC, for instance, was earlier this month ordered to surrender travel documents pending the outcome of a corruption investigation.

"I think there's a multitude of factors explaining [the drop in FDI]. 2012 was an exceptional year," said Gordon Houlden, director of the China Institute at the University of Alberta.

"No one should be surprised there's not going to be any oil sands acquisitions because that's in effect been taken off the table."

Still, Mr. Prentice – who will also mount a strong sale of Canada's oil sands as a long-term, reliable source of energy even as the European Union considers a fuel-quality directive that could make it more difficult for member countries to import bitumen – argues Canada must step up to compete against oil rivals including the United States and Russia, not only to attract investors from current Asian hotspots but also from the next round of emerging-market players.

"We can only realize our ambitions as a country if we have foreign direct investment," he said. 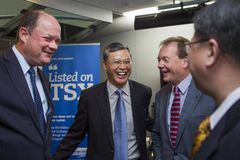 CNOOC to begin trading in Toronto as part of Nexen takeover
May 11, 2018 Dearth of deals in oil patch takes its toll Subscriber content
May 11, 2018 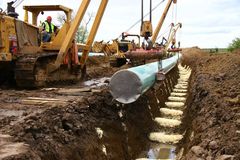