Fitful financial markets and signs of a southwest Florida real estate slowdown so unnerved Canadians Fab and Christa Michetti that they sold one of their two vacation homes there last month. The U.S. presidential election's isolationist talk provided one more push.

"How safe are my assets going to be with the change in the political landscape?" said Fab Michetti, a retired Ford Canada employee who declined to discuss individual presidential candidates. He also pointed to the U.S. dollar's strength as a consideration. "I would rather have my money in my pocket."

Canadians who collected Sunbelt bargains during the housing crash have shifted from buying to selling. They're locking in gains from years of soaring values that are even sweeter because the U.S. dollar in the past five years has jumped about a third against their home currency. Meanwhile, the contentious U.S. election, marked by the nativist rhetoric of Republican front-runner Donald Trump, is holding back some purchasers.

In Naples, a wealthy southwest Florida town that's bolstered by Canadian snowbirds escaping cold winters, sales plunged 19 per cent in the first quarter and inventory is piling up. Transactions are also down in once-booming getaway areas such as Palm Springs, Calif.

The pullback among Canadian buyers comes at a precarious time for pricey U.S. vacation-home markets as soaring property prices, stock-market volatility and the looming election give discretionary buyers pause. Last year, about 920,000 vacation properties changed hands countrywide, down almost 19 per cent from a high in 2014, according to the National Association of Realtors.

"We're seeing economic uncertainty, and, on top of that, we have a presidential election that might lead to restrictions in economic commerce in the future," said Lawrence Yun, the group's chief economist. "So Canadians are looking ahead and want to make the decision this year rather than after the election."

While some U.S. citizens are threatening to move to the Great White North if the presidential election doesn't go their way, many seasonal visitors from Canada are acting now, said Carol Bezaire, vice president of tax and estate planning at Mackenzie Investments in Toronto. The primary motivation is to cash out while the currency and home values play to their advantage, but protectionist comments by candidates including Mr. Trump and Ted Cruz are providing an extra push.

"If Mr. Trump does become president, do you have visa restrictions, and does that impact snowbirds?" Ms. Bezaire said.

Representatives for the Trump campaign didn't respond to a request for comment.

There are other practical considerations. The stronger U.S. dollar has also made maintenance costs, property taxes and homeowners' association dues more expensive for those whose income is in foreign currencies.

"The Canadian way is you use common sense," Ms. Bezaire said. "If you made a profit, how much do you need to make before you decide to pull out? You get the money out and get it working somewhere else."

That is playing out in Naples, where the inventory of homes on the market rose 33 per cent in the first quarter from a year earlier, data from the Naples Area Board of Realtors show. The Michettis, who head south when it gets too cold in their home of Burlington, Ont., sold their four-bedroom Naples-area house for $485,000 after cutting the price from $535,000.

Working with real estate agent Michael Burke, they got upwards of $50,000 more than they paid for the 2,900-square-foot house in 2009. That doesn't count the $75,000 in exchange-rate profits or the model-home furniture that the builder threw in to persuade them to buy during the depths of the housing crash. They'll continue to use a second, smaller house nearby that they'd previously rented out, and may buy again should prices fall. 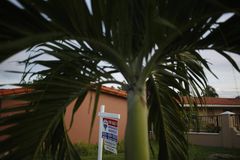 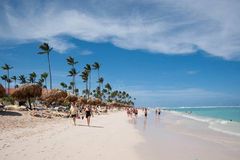