Shortly after taking office, Prime Minister Stephen Harper made a strong point of insisting that he would put human rights concerns ahead of business, trade or dollars in dealing with China and other countries that had abysmal records of trampling on fundamental religious and political freedoms.

This decision was meant as a sharp rebuke of the way his Liberal predecessors had handled the Chinese file. And unlike Jean Chrétien or Paul Martin, Mr. Harper and his cabinet followed up with periodic statements and shifts in policy that angered Beijing, ignored the entreaties of the business community and potentially cost Canada billions in lost investment opportunities. Mr. Harper also pointedly refrained from visiting the world's fastest-growing and most important trading nation - and Canada's second-largest trading partner - a snub China's leadership didn't take lightly.

"This is your first visit to China and this is the first meeting between the Chinese premier and a Canadian prime minister in almost five years," Premier Wen Jiabao told Mr. Harper through an interpreter today.

"Five years is too long a time for China-Canada relations and that's why there are comments in the media that your visit is one that should have taken place earlier."

Now, the chickens are coming home to roost. China had earlier refused to add Canada to a list of countries qualifying for more open travel by Chinese citizens and tour groups, costing the country millions in lost tourism dollars. That restriction has been dropped in one of the few advances announced during Mr. Harper's long-overdue state visit.

But the belated repair job on Canadian-Chinese relations has produced less than it should have and no one should be surprised by the public criticism levelled at Mr. Harper on this trip. What is surprising, and highly unusual, is the source.

For Premier Wen Jiabao to embarrass his guest by reminding him of his decision to allow a strong relationship that started in the Trudeau era to deteriorate badly is a highly unusual and pointed breach of diplomatic protocol.

It also serves as a stark reminder that in the post-global-meltdown world, China, more than ever, rules the economic roost. And that there is a price to pay for ignoring that fact, however much we might abhor the wretched human rights record of the thin-skinned Communist leadership.

China is not only Canada's fastest-growing customer for metals, potash and other commodities. Its growing domestic wealth poses huge opportunities for the expansion of financial, high-tech, travel and other services. And its vast appetite is only going to grow, as it fosters increased domestic consumption and moves its manufacturing into more value-added products.

Last January, for example, China surpassed the U.S. in domestic vehicle sales, and car sales are expanding at a 45-per-cent annual clip.

The accuracy of China's economic statistics is often called into question, but the upward growth trend is not disputed by analysts. Nor is the determination of Beijing to use its financial clout to garner more power and respect on the world stage. This is, after all, a government with a current account surplus that amounts to more than a quarter of the U.S. deficit, and without whose vast capital flows the U.S. would be in much more dire fiscal shape than it already is.

Fiscally sounder Canada doesn't need China to buy more of its bonds, but for the sake of its economic future, a healthier relationship between the two governments - and fewer restrictions on investment on both sides - wouldn't hurt. 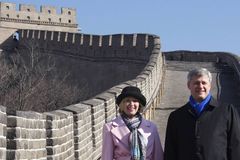 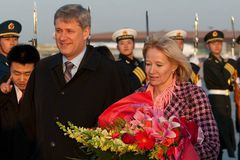 Chinese sweet on Canada even as political ties sour
December 1, 2009 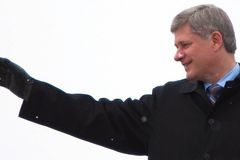 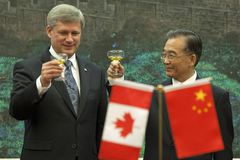