Frank isn't just another name at Canadian Tire Corp. Ltd. It's a secret weapon in the retailer's battle with e-commerce powerhouse Amazon.com Inc.

Frank, a line of household goods ranging from garbage bags to cashews, is one of a number of private labels that Canadian Tire has launched over the past few years to draw more customers – and keep them away from its low-cost cybernemesis.

By touting its own brands such as Frank, Woods and Outbound (camping gear) which aren't available elsewhere, Canadian Tire is trying to stop consumers from comparing its products' prices with those at Amazon, and switching to the online retailer. Canadian Tire is even toying with the idea of eventually selling its private label lines internationally, potentially on Amazon.

"We have an asset now that not only provides us with a defence against that scenario I talked about with Amazon, but we can actually use Amazon outside of Canada as a competitive tool … to enter new markets," Allan MacDonald, president of Canadian Tire's retail division, told a Bank of Nova Scotia back-to-school conference last week. "So there's nothing stopping us from putting our Woods assortment on Amazon in the U.K., for example."

Canadian Tire isn't alone among retailers to bulk up on private labels and exclusive products in a digital age in which consumers regularly "showroom"– browse brick-and-mortar stores for products and then purchase them at lower-priced online rivals such as Amazon.

From Hudson's Bay Co. to Loblaw Cos. Ltd. and Wal-Mart Canada Corp., major retailers are focusing more than ever on their store labels and exclusive lines as a shield against Amazon.

"We will not win if we offer the same product that our competitors are offering," said Jerry Storch, chief executive officer of HBC, which owns Hudson's Bay and Saks Fifth Avenue. "So when you walk into our stores, increasingly you're going to see product that's spectacular and that you can only find in our stores. So I think that is fundamental to the future of retailing and fundamental to our future."

HBC intends to double its sales of private and exclusive brands, he said. Along with private labels, the retailer collaborates with suppliers, designers and others to produce HBC-only items, he said. For instance, only Hudson's Bay runs Topshop boutiques in Canada.

Sales of private labels, often at prices 15 to 20 per cent lower than those of national brands, are benefiting from an uncertain economy and increasingly cautious consumers, said Carman Allison, vice-president of consumer insights at market researcher Nielsen.

Private labels are making inroads in the grocery aisles, representing 18 per cent of the $74-billion of Canadian packaged grocery sales, up from 17.8 per cent in 2013, Nielsen data show. In the year-to-date period, ending June 25, those sales rose to 18.4 per cent.

Store labels can generate bigger profit margins than national brands because of lower marketing and distribution costs. Millennials particularly like store brands because of their lower prices and generally improved quality from the past, Mr. Allison said.

And private labels can create a "halo effect" for retailers while preventing consumers from price-matching at rivals, he said.

Shoppers has posted healthy results since it started to carry PC private labels after Loblaw acquired the drugstore retailer in 2014, he said. In its second quarter, Shoppers' non-pharmacy same-store sales (at outlets open a year or more) rose 4.3 per cent.

The PC line "totally changed the perception of the store," he said. "That has been driving a lot of the top-line performance and bottom-line" gains, he said.

Wal-Mart also is investing more in its private labels, with sales of its grocery store brands, including Great Value and Your Fresh Market, having more than doubled in the past four years, said Kate Hayer, vice-president of private brands.

Still, there can be a disconnect between retailers' bid to get consumers to buy private labels and what customers are actually buying, said Tamara Szames, fashion analyst at researcher NPD Group. She said shoppers still hanker after prominent brands rather than less familiar store brands. Overall private-label apparel sales grew 2 per cent to $11.7-billion in the 12 months to June from 2014 and a lot of the gain came simply from price increases, she said.

Mr. MacDonald raised the possibility of Canadian Tire selling its private-label goods internationally just to illustrate "how we are thinking about our assets differently to capitalize on the true potential of Canadian Tire," he said, adding its focus is on Canada.

Canadian Tire acquired the Woods and Outbound camping brands about two years ago when they rang up about $15-million in sales, and this year they're on track to hit 10 times that level, he said. Prices have increased along with quality, he said.

For the holiday season, Canadian Tire is pumping up its Christmas décor offerings with its in-house Canvas line, he said. "The best part about that is it's under our brand and we sourced virtually all of it." 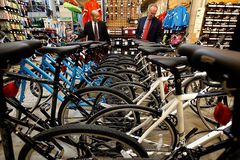 Opinion
We all have an interest in maintaining brand trust
September 26, 2016 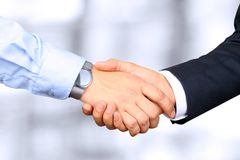