Quebec's Economy Minister warned that her government would intervene in future takeovers of Quebec-based companies if the offers are non-solicited.

"If it's hostile, definitely the government needs to be involved and engaged with the partners and see what can be done in order to save the situation and find the right solution," Dominique Anglade said in an interview Wednesday after home improvement chain Lowe's Cos. Inc. announced that it struck a friendly $3.2-billion deal for Quebec-based rival Rona Inc.

Rona's board met on Tuesday to approve the transaction and the company phoned the office of Premier Philippe Couillard to advise lawmakers of the deal shortly afterward. The government is backing the deal on the grounds that it is a friendly agreement that maintains Rona's headquarters in Boucherville, Que., and most jobs while providing significant prospects for growth.

Quebec hasn't been tested much in recent months with respect to its takeover policy. Last year, Cirque du Soleil founder Guy Laliberté sold majority control of the circus business to Texas-based private equity fund TPG Capital and China's Fosun Group in a friendly deal in which he also sought head office guarantees. In 2014, after gold miner Osisko was sold to Yamana Gold Inc. and Agnico Eagle Mines Ltd., Osisko's chief executive officer lashed out at what he saw as Canada's bidder-friendly takeover regulations.

Nevertheless, the purchase by non-Quebec entities of Quebec companies has become a major issue in the province. A general consensus has emerged among political and business leaders that local head offices need to be protected as much as possible – partly because of all the legal, regulatory and banking jobs tied to decision-making centres.

Quebec's Liberal government dropped plans in 2014 to tap up to 20 per cent of the provincial Generations Fund, a fund dedicated to debt repayment, to take equity stakes in companies that are the subject of unwanted takeover bids.

Ms. Anglade said the government's position now would be to leverage its investment arm, Investment Quebec, and speak to its partners, including pension fund Caisse de dépôt et placement du Québec, about what could be done if a Quebec business faced an unwanted offer.

Over all, she said corporate Quebec has proven it is a net buyer of companies, not a seller, and that the government's main focus is providing the conditions for those corporate champions to grow further. In that sense, the Rona-Lowe's deal carries some logic for the government in that provides the merged entity more opportunity than Rona would have had on its own.

"The money we have, we really should spend it on growing companies right now to really go out there and fight," said Ms. Anglade, adding that the government is more interested in Quebec companies conquering the world than it is in protectionism.

Opposition leader Pierre Karl Péladeau, whose family controls media company Quebecor, blasted the government for not doing more, arguing that Rio Tinto's takeover of Alcan shows early promises made by outside acquirers sometimes mean little. He noted Rio Tinto has even dropped the name "Alcan" in a corporate rebranding effort.

Mr. Péladeau said the Caisse should refuse to tender its shares. The Caisse rejected that notion and said it backed the deal.

A special task force on the protection of Quebec businesses in 2014 recommended that the government take several major steps to protect local head offices, including letting companies adopt variable voting rights that would increase the clout of longer-term shareholders and frighten off speculators. Research by KPMG-Secor shows there were 671 takeovers of publicly traded Quebec companies between 2001 and July, 2013, and of those, only 2 per cent were hostile – a statistic that suggests acquirers are already sensitive to the need to strike a friendly agreement in the province.

Ms. Anglade said she would press Lowe's to make sure it is living up to its takeover commitments. But she said the takeover is worth backing, suggesting that the important thing is that Quebec companies are more often predators than prey.

"There will be cases when we will be acquired. But the balance has to be positive in the end and that is the philosophy that we're working with." 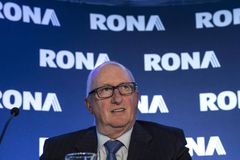