Nevsun Resources Ltd., which owns a large copper mine in repressive Eritrea, is facing a lawsuit in Canada alleging the company was complicit in the use of forced labour by local contractors owned by the African country's ruling party and military.

The Vancouver-based mid-tier mining firm was also the subject of takeover speculation on Thursday. Bloomberg News reported that QKR Corp., a mining fund headed by a former JPMorgan Chase & Co. banker and partly bankrolled by Qatar's sovereign wealth fund, was in talks with Nevsun and close to making a $1-billion bid.

Nevsun, which owns 60 per cent of the Bisha gold, copper and zinc mine in western Eritrea, has previously faced human-rights abuse allegations in a Human Rights Watch report released last year that criticized the company for failing to stop the use of forced labour at the mine.

Now, the company faces a lawsuit filed in B.C. Supreme Court in Vancouver on Thursday by three Eritrean refugees who allege they were forced to work on the construction of the mine against their will and subjected to long hours, intense heat and threats of torture, with pay of just $30 (U.S.) a month. None of the allegations has been proved in court.

The plaintiffs' notice of civil claim says they are filing the action on behalf all Eritrean nationals whose rights were allegedly violated by being forced to work in the mine since 2008. The claim does not cite a specific figure for damages.

The company denied the allegations in a statement Friday morning and said it "will vigorously defend itself against this claim."

"Based on various company-led and third party audits, the Bisha Mine has adhered at all times to international standards of governance, workplace conditions, and health and safety," Mr. Davis said. "We are committed to ensuring that the Bisha Mine is managed in a safe and responsible manner that respects the interests of the local communities, workers, national governance, stakeholders, and the natural environment."

However, Nevsun told The Globe last year that it regretted the use of any forced labour at its mine and that it doesn't permit the use of conscripted labour there. The company said it was required by the Eritrean government to use a subcontractor, Segen Construction, that is owned by Eritrea's ruling party. Nevsun said last year that it didn't know whether Segen had used conscripted labour in the past.

The lawsuit against Nevsun is the latest in a series of claims filed in Canadian court in recent years against Canadian resource companies alleging complicity in human-rights abuses overseas. It also comes just days after federal International Trade Minister Ed Fast warned that the government would punish resource companies that run afoul of Ottawa's new corporate social responsibility policy by withdrawing support they receive from agencies such as Export Development Canada and embassies abroad.

In their notice of civil claim, the three Eritrean plaintiffs, Gize Yebeyo Araya, Kesete Tekle Fshazion and Mihretab Yemane Tekle, allege that Nevsun, by entering into a commercial relationship with the government of Eritrea, "became an accomplice to the use of forced labour, crimes against humanity and other human rights abuses."

The document says that in 2002, Eritrea's one-party state turned its conscription program for compulsory military service into a source of forced labour – which the claim calls "a form of slavery" – for construction companies owned by senior military or ruling party officials.

The claim says the three plaintiffs were subject to "cruel, inhuman and degrading treatment" while forced to work at the Bisha mine, facing "long hours, malnutrition and forced confinement for little pay." At least one worker at the mine, the claims says, died of "heat exhaustion and dehydration." The Eritrean plaintiffs allege they "worked under the constant threat of physical punishment, torture and imprisonment." All three plaintiffs escaped the mine, and their country, in 2011 or 2012.

Among the torture methods the workers say they feared was one known as "the helicopter," according to the claim, "which consisted of tying the workers' arms together at the elbows behind the back, and the feet together at the ankles, and being left in the hot sun for an hour." Other workers were also "ordered to roll in the hot sand while being beaten with sticks until losing consciousness," the claim alleges.

With files from reporters Iain Marlow and Sunny Dhillon in Vancouver.

Editor's note: An earlier version of this story said Nevsun Resources Ltd. last year said it "no longer permitted the use of conscripted labour" at its mine in Eritrea; this did not intend to imply the company said it had permitted conscripted labour. The company said last year that it did not know if a subcontractor had used forced labour in the mine's construction. 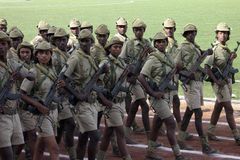 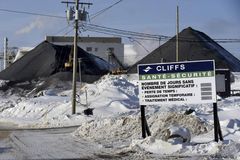 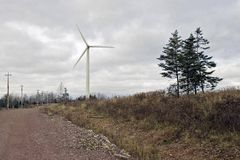