Any primer on the dubious use of taxpayer money to subsidize the construction of a massive cement factory on Quebec's Gaspé peninsula must begin with this comment from former Parti Québécois premier Pauline Marois, whose government opened this sinkhole in the first place:

"The riding of Bonaventure made a very good choice in the last election and today you have the result of that choice," Ms. Marois said in 2014 as she announced a $250-million government loan and $100-million equity stake in the McInnis Cement plant in Port-Daniel-Gascons, Que.

That was on top of the $100-million that provincial pension fund manager Caisse de dépôt et placement du Québec injected in a joint-venture with the Bombardier-Beaudoin family, which holds a majority equity stake in the cement plant slated to begin production within a year.

The $450-million in public money amounted to about 40 per cent of the project's total projected cost of $1.1-billion – or at least it did, until The Globe and Mail this week revealed that construction has gone over budget by at least $400-million and the promoters will require additional financing.

The provincial government, now in the hands of Premier Philippe Couillard's Liberals, rushed to insist that it won't throw any more public money at the project. But the Caisse has not ruled out stepping up with an additional injection of funds and McInnis remains eligible for backdoor support from the government in the form of subsidies to cut its carbon footprint.

The latter is huge. The cement plant will be Quebec's largest industrial emitter of greenhouse gases when it comes on stream, producing at least 1.7 million tonnes of carbon dioxide equivalent a year in the province that touts itself as God's gift to a cleaner planet.

Everything about this misadventure smacks of political hypocrisy, a lack of transparency and a basic disrespect for taxpayers. Quebec hardly has a monopoly on any of those things, but it remains wedded to a model of industrial development that produces more losers than winners.

Bonaventure is a swing riding in the Gaspé region, which has abundant scenery but far too few jobs. The PQ snatched the riding from the Liberals in 2012 and held on to it in 2014. Both of Quebec's main political parties have been equally opportunistic in courting voters with hare-brained schemes to bring jobs to a region currently plagued by an 18-per-cent unemployment rate.

The politicians should have learned their lesson a decade ago, when a plan to revive a shuttered Gaspé paper mill cost taxpayers $253-million before the idea was scrapped and the mill's paper-making machines shipped off to Vietnam. But, no, they still act as thoughtfully as a cement block.

The government loan and equity stake in the cement plant was made through Investissement Québec, a provincial agency that is supposed to operate according to the same principles as a private investor. But a scathing report released last month by Quebec's auditor-general noted that the agency has only once covered its financing costs in the past five years, has weak or misleading disclosure practices and increasingly takes its orders directly from the government.

Quebec Economy Minister Dominique Anglade insisted Wednesday that, following management changes ordered by the Caisse, the McInnis plant is on track to be "profitable." But her definition of the term seems to reflect political, rather than financial, accounting methods.

Documents tabled in the provincial legislature in April showed that Investissment Québec has already taken provisions for losses totalling $116-million on its $250-million loan to McInnis. The hefty provisions – which are dictated by accounting rules and which may or may not translate into realized losses over the loan's 10-year term – reflect the exceptionally high risk involved in the project.

The kicker in all this is that Mr. Couillard's government, which made a huge fuss about forcing TransCanada to submit its Energy East pipeline to provincial environmental assessment hearings, passed extraordinary legislation to allow McInnis to skip that step altogether.

The government argued that the cement plant, which had been on the drawing board for two decades, should be assessed according to the environmental laws that existed in 1996. But exempting McInnis from lengthy public hearings by the Bureau d'audiences publiques sur l'environnement (BAPE) also spared the Couillard government the embarrassment of having to constantly defend a rather dirty project just as it sought to polish its greener-than-thou image with voters.

Once operational, the McInnis plant will create about 400 direct and indirect jobs at a cost of about $1.13-million (and counting) in public money per job. It's a good deal for Bonaventure and the Bombardier-Beaudoins – so good, it might even turn Bonaventure Liberal again. 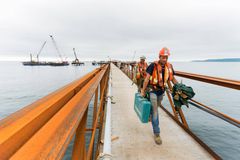 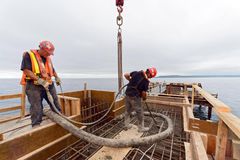 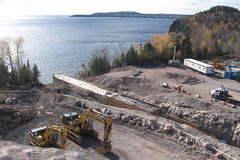