Expecting the unexpected is a given in a political campaign. Even so, any Quebec pundit who would have predicted, just three weeks ago, that the Liberal Party could form a majority government would have been dismissed as deluded.

A Léger poll released Tuesday confirms that star candidate Pierre Karl Péladeau gave a black eye to the Parti Québécois when he raised his fist in the air to cheer independence. The threat of another divisive referendum is driving Quebeckers to the Liberal Party in droves. And this shift is occurring despite the fact that liberal leader Philippe Couillard looked inconsistent at the onset of the campaign after flip-flopping on such crucial issues as the zero-deficit target and the Charter of Quebec values.

But you didn't need to be a pollster to figure out that the Liberals have taken the lead – for now at least. Looking at Finance Minister Nicolas Marceau debate with his economic counterparts from rival parties on Monday, it is already clear that panic is seeping in the PQ campaign bus.

The mild-mannered Mr. Marceau is not a PQ zealot. And yet even he parroted the new attack line of the week as he kept harping on the Liberals for closing their eyes on the pervasive corruption in public works in their nine years in power – Mr. Marceau used the word "corruption" more than 10 times during the luncheon.

Organized by the Conseil du Patronat du Québec, one of the province's most influential business lobbies, the debate was an opportunity to hear how the leading parties intend to deal with Quebec's slow growth and high indebtedness. The two problems are compounded by the province's rapidly aging population.

As the Liberals appear on course to take power, it is worth taking a closer look at their economic platform, which has been eclipsed by the sovereignty debate since the start of the campaign.

The Liberal Party promises to balance the province's books in the 2015-16 financial year "no matter what," through a rigorous control of public spending. It also wants to kick-start a sleepy economy by speeding up investments in public infrastructure that were put on hold by the PQ and by offering renovation tax credits. This is a Keynesian and populist approach to cure a recession that has long faded away.

More widely, the Liberal Party promises to restore a more predictable and investor-friendly business climate. However, it doesn't believe it is for the state to invest in risky oil exploration as the PQ is endeavouring on Anticosti Island.

"Quebec is back in business," boasted Jacques Daoust, a former banker that is running in the Montreal riding of Verdun, during the debate.

Unfortunately, though, the Liberals are making a number of unrealistic assumptions and promises, as is often the case in partisan economic frameworks. In fact, a couple of promises resemble some of the fanciful ones the Parti Québécois made (and broke) in 2012.

The Liberals are banking on an annual growth of 4.5 per cent per year on average for the next five years, including inflation. This is markedly higher than what private economists and Minister Marceau have forecast for Quebec.

The Liberals also expect to save $1.4-billion by cutting government bureaucracy in health and education, Quebec's two biggest spending items. If history holds true, this is a promise that is as easy to make as it is difficult to accomplish – and the Liberals haven't spelled out how they will achieve this. They also expect state-owned corporations to increase the dividends they pay to the province by $1.15-billion over five years. As many of those corporations have already gone through the wringer; it is unlikely there is much low-hanging fruit left.

All in all, the Liberals' economic framework looks more like wishful thinking than sound forecasting.

Should the Liberals miss the mark, even by a little, they will have a hard time keeping their word on some of their most publicized promises. If elected Premier, Mr. Couillard promises to abolish the province's controversial health tax within four years. Most Quebeckers grudgingly pay the $200 tax bill, with the exception of the poorest (who pay none) and the richest (who pay a great deal more).

It is worth remembering the PQ also promised to scrap the famous health tax but was forced to renege on its campaign promise when it became clear the province could ill afford to lose about $1-billion in annual revenue without such upsetting measures as retroactive taxes.

On this point, there may be some truth to the Coalition Avenir Québec's assertion that liberals or péquistes, it's the same difference. 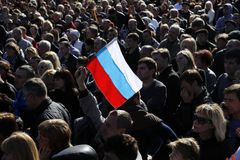 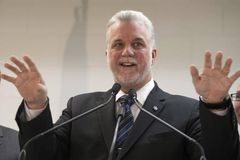 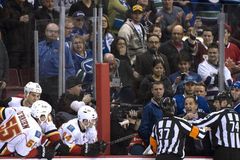 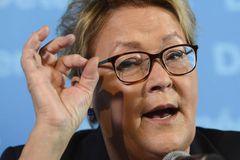