The tiny, picturesque village of St-Antoine-de-Tilly has a secret.

In a nondescript warehouse on the outskirts of town, some 40 kilometres southwest of Quebec City, there is a stash of maple syrup.

A 6.3-million-kilogram stash of maple syrup, to be exact.

About 60 kilometres further south, another 1.4-million-kilogram cache is squirrelled away in Plessisville, a town proclaimed as the World Maple Capital in 1976.

Together, these stockpiles are officially called the International Strategic Reserve, which works like a Fort Knox for Canada's most-cherished breakfast condiment - a massive arsenal of sweet, liquid gold ready to be deployed to feed a rise in global demand while maintaining price stability.

It's the Federation of Quebec Maple Syrup Producers' way of preparing for what it expects to be a banner year for exports to Asia due to surging demand from countries like Japan, China and South Korea.

Those markets are increasingly important to the people who make maple syrup - mostly in Quebec, but also in Ontario, New Brunswick and Nova Scotia - as the flow of syrup exports slows to the United States, the condiment's top importer.

Still feeling the effects of the recession, households across the U.S. are crossing maple syrup off their grocery lists. The country spent 15 per cent less on imported maple syrup and maple sugar in 2010 than it did the year before, dropping to $142.9-million from $167.8-million.

So on March 11, the Canadian industry, led by the Quebec federation, went on a media blitz to kick off a strategic plan that largely targets Asian markets. And neither the soaring loonie nor the devastation that occurred in Japan that very day will deter that demand, the group says.

Japan is facing a painful recovery from the tsunami and earthquakes that shook the country last month, with reconstruction costs easily exceeding $300-billion (U.S.).But the country's demand for Canadian maple syrup is unlikely to take a hit, said Derek Burleton, deputy chief economist at Toronto-Dominion Bank.

"People need to eat, right? It's that standard cliché. So we wouldn't expect a major impact on the maple syrup industry as a result of the Japanese crisis," Mr. Burleton said.

Japan is already Canada's No. 2 international market for maple syrup after the United States, scooping up 10.1 per cent of total exports last year. In 2010, Canadian exports to Japan topped 3.2 million kilograms of maple syrup and maple sugar worth more than $28-million (Canadian) - a new record.

"We are looking forward to having an even bigger numbers for 2011, 2012," said Simon Trépanier, interim director-general of the Federation of Quebec Maple Syrup Producers. He pointed to the fact that Asian consumers are already using maple syrup as a topping on pancakes, ice cream and other desserts, but it is becoming increasingly popular to cook chicken and pork with it as well.

Increasing Asian demand is key since Canadians only consume roughly 10 per cent of all domestically produced syrup with Quebeckers gobbling up the lion share, the federation says.

"It is part of our strategy to diversify our market," said Louis Turenne, sales manager at Décacer, a maple syrup bottler based in Dégelis, Que. "If one market goes down, you might get into trouble."

Décacer bottles about 30,000 bottles of syrup a day and makes maple flakes, which is essentially dehydrated syrup that can be used to cook meat or as a sweetener. Japan is among its top markets for both products.

"I don't see any reason for the market to slow down," Mr. Turenne said. "For now, all the conditions are there to get a good crop ... but only Mother Nature can tell if it is going to happen."

Price stability is also key to developing the Chinese market. China may have a burgeoning middle class but consumers remain price-conscious.

In 2010, the two countries signed an agreement giving Canada "approved destination status" - a long-sought-after designation that is expected to substantially increase the numbers of Chinese tourists visiting Canada each year.

"In places like Vancouver, Banff, Niagara Falls and Toronto - the Chinese are going to visit these areas in numbers and they are going to want to take something back with them to give their friends and tell the story of their experiences in Canada," Mr. Jakeman said. "And maple syrup is just a natural."

- In Quebec, an independent team of maple syrup tasters literally takes a nip from each and every barrel produced in that province for quality assurance. Those professional inspectors, from maple research firm Centre ACER, taste and test the sugar content of up to 250 barrels a day. 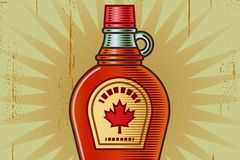 Your guests will melt for your Canadian maple taffy
April 2, 2011 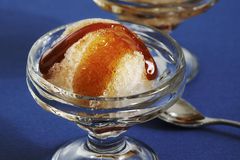