After months of industry speculation, Quebecor Inc. has announced it wants to shake up the television industry in Canada – and not just with brash claims about the "condescending," "boring" all-news networks it will compete against. The Sun TV News Channel is also seeking special treatment that would set it apart from any other channel on the dial.

The company announced Tuesday it will launch the 24-hour news channel on Jan. 1, 2011, if it receives regulatory approval.

However, that process could be more complicated than usual. The company wants Toronto station Sun TV to be converted from a broadcast network to a Canada-wide digital specialty channel – with a twist.

Quebecor wants a Category 1 licence, requiring distributors to offer it on at least one tier of their services. The only licence more lucrative is the kind mandating carriage on basic cable; those licences are no longer granted by the federal broadcast regulator. Even Category 1 licences are exceedingly rare: the only one granted in the past decade was for The Accessibility Channel, which makes a specific contribution to the broadcast system by providing described programs for people with visual impairments.

"We think it should be exposed to as many Canadians as possible, and not locked out of the market," said Kory Teneycke, a former chief spokesman for Prime Minister Stephen Harper, who will head the project.

These licences are prized in the industry because they guarantee a certain amount of subscriber revenues. At CTV News Channel, which has a similar guarantee to be offered on at least one tier, 64 per cent of its revenues come from subscribers. At CBC News Network, which is carried on basic cable, it's closer to 82 per cent.

But there is another catch: news and sports channels will lose this mandatory carriage in 2011, or earlier. That means that Quebecor is not only seeking a rare licence for its station; the only way it makes sense to do so is if it can also convince the Canadian Radio-television and Telecommunications Commission to give it different treatment from its competitors.

Quebecor would not comment Tuesday, but to take advantage of such a licence it would need to be designated as part of a different category from mainstream news channels.

Sun TV News will be "unapologetically patriotic," with a mix of news reporting in the daytime and opinionated commentary shows at night.

"We thought there would be a void in this specific business market, and that is why we're here," said Quebecor chief executive officer Pierre Karl Péladeau.

When asked whether the channel is modelled on the profitable right-wing U.S. network Fox News, Mr. Teneycke said: "There'll be a range of opinion. It'll be different, it'll be less politically correct. If you're wondering what the presentation of what kind of news stories we'll be interested in, and a flavour of the commentary that we'll have, pick up the Sun newspaper, you'll probably have a pretty good indication."

Quebecor already operates an all-news specialty network in French, Le Canal Nouvelles (LCN). The company said that when LCN switched to a mix of news reporting and commentary three years ago, its ratings increased more than 300 per cent. It would not provide ratings data to back up that claim.

In 2009, LCN brought in $8.3-million in profits before interest and taxes (PBIT), according to financial data compiled by the CRTC. That represented an increase in PBIT of nearly 11 per cent from 2007 when the channel switched its format.

"Canadian TV news today is narrow, it's complacent and it's politically correct. It's boring," Mr. Teneycke said. "… Our aim is not to bore people to death. We'll leave that to the CBC." 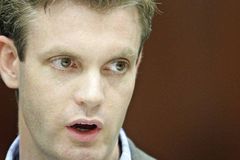 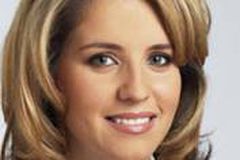