Quebecor Inc. insists a deal to sell its English-language print media business is the result of a drive for consolidation of Canadian newspapers, but some analysts say its latest move to shed non-telecom assets gives it added flexibility to pursue national wireless ambitions.

The Montreal-based telecommunications and media company is not sharing its plans for the $316-million in cash it will receive (less a $10-million adjustment) should the Competition Bureau approve the sale of its English-language Sun Media Corp. assets to Postmedia Network Canada Corp.

However, the company says the deal to sell most of the chain it has owned since 1999 was motivated by timing and the need for consolidation in the newspaper industry, not by a need for money to fund a wireless play.

Quebecor's majority shareholder and former head Pierre-Karl Péladeau spent much of the past decade building his company's print media empire across the country. In 2007, the company spent $414-million to defeat Torstar Corp. in a contentious auction to buy Osprey Media, which owned 54 publications across Ontario, and made Quebecor the largest newspaper publisher in Canada at the time. This week's sale of its English-language assets marks a retreat back to its home province, and highlights the company's increasing focus on its more lucrative telecommunications business.

Late last year, Quebecor announced a $75-million deal to sell all of its Quebec-based community newspapers to Transcontinental Inc., a transaction that closed this summer. And in early September, it said it sold its digital services division Nurun Inc. to French multinational advertising agency Publicis Groupe for $125-million.

Phillip Huang, telecom and media analyst for Barclays Capital Inc., said the Postmedia deal reflects Quebecor management's "ongoing discipline to refocus resources on the core business." He characterized the proceeds of the latest sale as "more dry powder for the wireless opportunity."

RBC Dominion Securities' Drew McReynolds said the deal is consistent with Quebecor management's recent comments that the company would consider strategic options for its newspaper assets should the right opportunity arise.

National Bank Financial's Adam Shine said he believes it is that goal – bulking up the balance sheet with a view to taking out the Caisse's stake – along with selling "non-core and underperforming assets," that led to the sale.

Revenues from Quebecor's print media assets have been falling steadily amid an industry-wide decline in print advertising and increased online competition. The news media division (which does not include Quebecor's broadcast assets TVA Group or SUN News network) posted a 10.4-per-cent slide in revenues in 2013, dropping $91.3-million to $784.2-million.

Sales at its cable and wireless division Vidéotron Ltée remain strong, however, growing 4.4 per cent to $2.71-billion last year and accounting for 63 per cent of Quebecor's revenue. Its four-year-old Quebec wireless business reported revenue of $221-million in 2013, up 29 per cent over the previous year.

It's that level of growth that has enticed the company to consider expanding its wireless business. In this year's public auction, it spent $233-million on licences for spectrum – the radio waves used to build cellular networks – winning airwaves in Ontario, British Columbia and Alberta, as well as its home province.

Yet, expanding further would be an expensive proposition; Vidéotron has already spent $1.8-billion on wireless in Quebec and it wouldn't have the advantage of existing cable infrastructure outside of the province.

Vidéotron CEO Manon Brouillette reiterated Friday after an appearance at a Canadian Radio-television and Telecommunications hearing that before it commits to expanding, the company wants assurances of lower mandated rates for the fees it pays competitors when its customers roam outside its network.

"In the rest of Canada, it's a totally different ball game. We would be a pure-play [wireless carrier]. But we feel there is a place for us," she said, adding, "But we need the appropriate conditions."

She would not comment on the status of any negotiations with new entrants such as Mobilicity or Wind Mobile, which the company said in the past it could look at merging or partnering with. But she said roaming fees, rules for impending spectrum auctions and whether Vidéotron could partner with another player will all factor into its ultimate decision on expansion.

Postmedia-Sun Media deal not just about newspapers Subscriber content
May 12, 2018

Five things to know about the Postmedia-Quebecor deal
May 12, 2018

Postmedia-Quebecor deal raises questions on future of newspapers
May 12, 2018 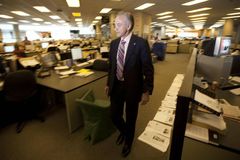 For GoldenTree, multiple angles to Postmedia bet Subscriber content
May 12, 2018 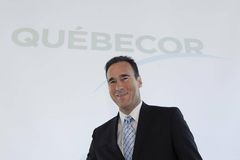 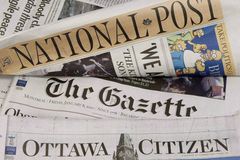